Is Payroll Security the Next Union Tactic?

ShareWorkersData, Argyle, and Other Tools that help Unions Hack Into your Payroll

It’s a fairly well-accepted fact that today, labor unions utilize the internet and data collection to grow union membership. From forming online worker groups to online union organizing campaigns through social media, labor unions have proven their tech-savvy and are growing increasingly sophisticated in their approach.

Now enter the pay-to-play world of employee data, where a website will offer your employees $100 to login into their employer’s payroll system through an app, capturing not only the access but the data housed there.

This tactic is shrouded in secrecy – and for a good reason. Many sites offering this service just a year ago have since disappeared, but monitoring this trend has shown that a few – who often offer loans, ongoing cash payments, and more – are not only continuing but growing in popularity.

Pay secrecy is a delicate topic. While protecting employee data is of the highest importance for many companies, you cannot restrict your employee’s ability to discuss their pay. Additionally, payroll information outside the company can be misconstrued, misunderstood, and potentially used to create dissatisfaction among employees as a union organizing tactic.

Section 7 of The National Labor Relations Act (NLRA) gives employees the right to discuss their wages with employees at their workplace. This prohibits employers from limiting “concerted activities” of employees for “mutual aid or protection.” Another way of saying this is that pay discussions fall under the employee’s right to discuss conditions at work. The National Labor Relations Board (NLRB) has determined the protection of this employee right extends to conversations held on social media.

Numerous states have passed pay secrecy laws that are intended to increase pay transparency to promote pay equity for women and diverse employees. These laws require employers to do things like include a pay range on job descriptions. According to Littler, ten states and cities have wage disclosure laws. The expectation is that pay secrecy laws will continue to grow in number.

Employers can maintain payroll security and don’t have to give unions payroll information unless the union and employer are going through collective bargaining negotiations. During contract negotiations, you may have to supply information about wages, merit increases, seniority, and benefits. You may also have to supply information about subcontractors and gig workers. Until it is time to negotiate, you aren’t obligated to give the union representative any payroll data. This is driving new union tactics to access employee and gig worker pay information.

Now, a new way to collect payment information for employees and gig workers has appeared online, presumably to help workers ensure fair pay and better employment options. Do labor unions back these organizations and companies? There is no proof yet, but it wouldn’t be surprising if they were.

The basic format of this online payroll security union tactic goes like this:

Some of the platforms offer a one-time payment for signing up and a monthly payment after that as long as the employee or gig worker is currently in the system. Though we tend to think of gig workers as paid outside the payroll system, PYMNTS.com research found that 61 percent of freelancers are paid via payroll systems. Labor unions are very interested in unionizing gig workers and regular employees. 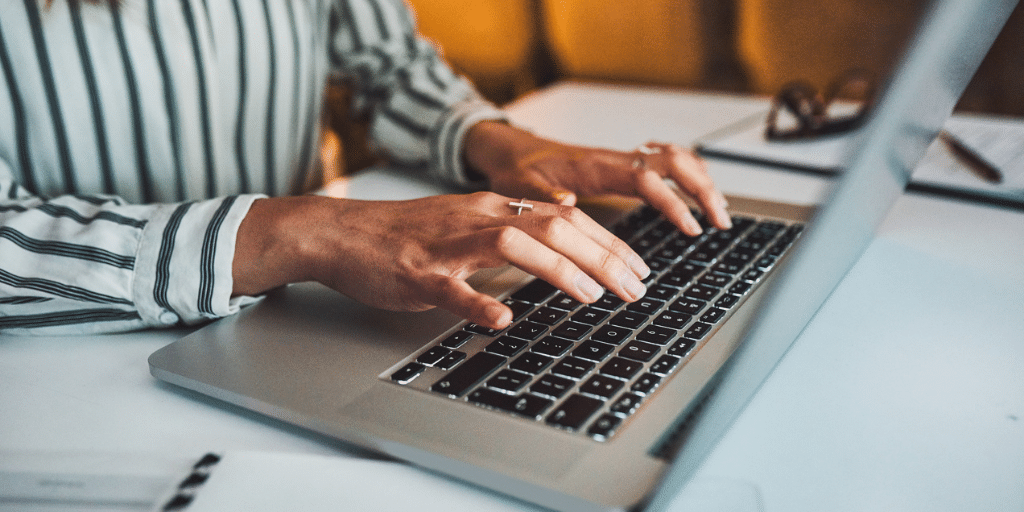 This platform accepts “all existing and former employees from various companies.” Anyone who can provide a username and password for their personal account at a place of a current or former place of employment can join. On its Facebook page, Share Workers Data says it is a “new platform that aims to democratize worker data and equality between companies from the same industry.” Share Workers Data is actively advertising, soliciting people through Facebook, asking them to sign up and share their income and employment data. Signees get a one-time payment of $100-$500 plus a $25 monthly payment.

The website is owned and operated by Workers Research Alliances, whose mission is to “learn about employment data systems and processes to better empower workers.” There is very little information on either website or the Facebook page.

This platform also says it is democratizing employment data, saying individuals own the data. Calling itself a gateway to employment data, the site says it is “unlocking a dataset that has been monopolized by a single, giant corporation” but fails to name the company.

Users must be able to log into their work account or payroll provider account and get access to real-time income and employment data. The employee or gig worker links his/her account to Argyle, and conceivably the employer can track the employment history and payment amounts for any user who links their account. This enables an employer or financial lender to access data for better decision-making.

Argyle offers other services too, but the concern is that the individual is giving out username and password information. The company charges each customer a single charge for account connection plus an optional monitoring fee.

Employers create a corporate account, and there is a webpage where employees and gig workers can add work accounts. It says that individuals own the employment data, so they can choose who can access the data and for how long, and data is only shared with user permission. Argyle.com has a list of companies in its data network, and most of the names are very large corporations and federal agencies. 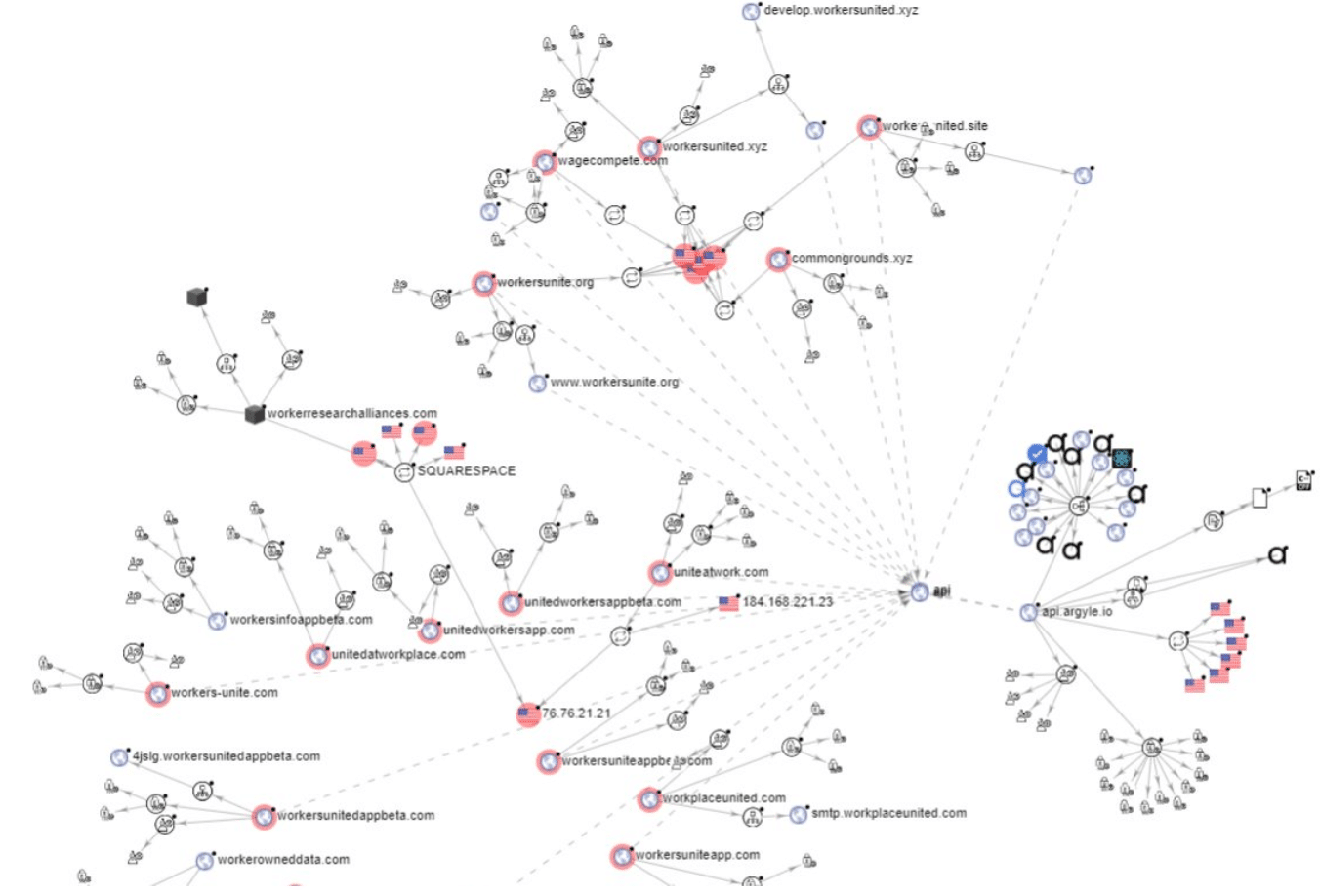 One of the incentives for employees and gig workers to sign up is that they may get quicker decisions on things like payday loans, employment decisions when applying for jobs, and employer loans.

We're here to help you build an atmosphere where unions simply aren't necessary! Click here to talk to our team of experts.

What Argyle.com and Share Workers Data have in common is this: both collect payroll and gig worker payment information voluntarily, which requires users to share proprietary organizational information. People who work for companies using Argyle.com agree to share their data upon employment. They are different because Argyle.com works through employers and then employees while Share Workers Data works through employees and gig workers.

Here is where it gets complicated. KrebsOnSecurity heard about Argyle.com on Twitter, directed there by a security researcher. The researcher had found a “nest of domains associated with Argyle’s API,” which are now offline. The security experts dug into the domains in the belief it was an elaborate phishing scam and what they found was the now-defunct domains were related to recruitment efforts by worker groups or alt-union organizations, including the Workers United, CommonGrounds, Unite at Work, and Wage Compete.

These union tactics of suspected virtual union organizing efforts were purposely designed to stay under the radar of detection. Employees were being paid up to $100 by the various worker campaigns for their usernames and passwords that access payroll accounts. KrebsOnSecurity points out that Argyle.com is not doing a lot different than the giant credit bureau Equifax’s platform, The Work Number, which purchases employment data from companies to provide employment and income verification to employers and lenders.

It appears that the archived Workers United domain is nearly identical to Share Workers Data, so making the assumption, the latter sprung from the former. Workplace Unite had sent out an email to workers across the U.S. that offered to pay $500 for login information and then a monthly $25 as long as the login worked. The variety of defunct sites offered carrots, like telling people they could see how much they earn compared to other employees. It gives the data collection platform the ability to monitor salaries and wages for different positions across industries. It’s valuable information to a labor union.

The complex network of domains as union tactics is clearly meant to hide what was really going on. Vice tried to contact people named in the Workplace Unite press release and some people at Argyle but was unable to get any information.

The implications of these data collection platforms should make employers wary. Some of the issues related to the payroll security union tactic include:

• Likelihood labor unions will access the employment data at some point

Are there websites out there now that are fronts for labor unions? It’s likely. Employees have the legal right to discuss their pay with other employees. They don’t have a right to share company logins. You can limit the employees to discussing pay issues when they are not working, like during lunch or on breaks. Even so, enforcement of the policy must be consistent. You can’t disallow employees to discuss pay during work time but allow other non-work discussions. This is difficult for your supervisors to enforce unless they are labor-wise.

Labor unions are stepping up their utilization of the internet by establishing websites that are labor union sites and websites that serve as fronts and organizing employees through social media, like Frank, Facebook, Instagram, and others. The NLRB and various court cases have established that employees can use email and social media for any protected concerted activity, meaning they can discuss their pay and benefits using these communication tools.

The growth in pay secrecy laws is only a first step. The NLRB supports unions, and the issue of equity is increasing pressure on employers to be more transparent about employee pay. It’s already easy to look up the name and pay of federal and state employees. Can employees of private businesses be far behind? It remains to be seen, but one thing is certain. The payroll security union tactic is likely to strengthen in the next few years, and the number of pay secrecy laws is likely to increase.

As labor unions adapt to using technology more efficiently and productively, they will continually find new ways to organize employees and obtain the information they want to leverage for organizing employees. It is telling that their strategies are often secretive, like establishing the phishing scheme described earlier, backing worker groups and alt-unions, and secretly organizing on Zoom. It’s more important than ever to proactively develop positive employee relations because there’s no way of knowing the next strategies labor unions will develop. If your employees are engaged, happy with the workplace culture, and have good relations with management, labor unions won’t succeed no matter how they try to organize.

How Does a Union Affect Employees and the Workplace?

How Does Brand Crisis Management Help You Stay Union-Free?