What Is A Union and What Are Organizing Campaigns? 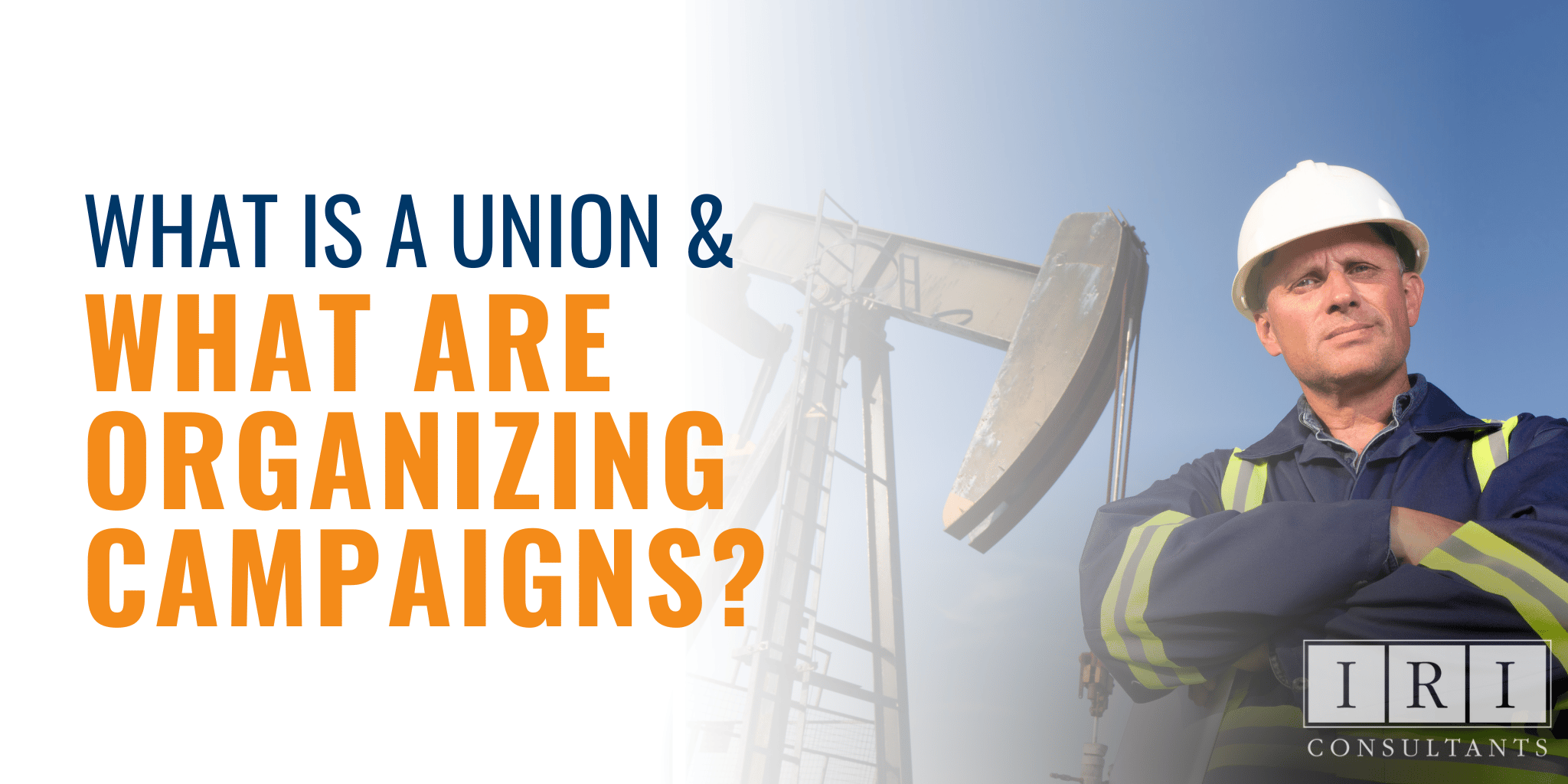 What Is A Union and What Are Organizing Campaigns?

In 2019, approximately 14.6 million workers are a part of a union. While this amount only represents 10.3 percent of waged- and salaried- U.S. workers, it is still a significant number to recognize. This statistic demonstrates that no company is immune to union organizing, and why it's important to understand exactly what is a union and important facts about organizing campaigns.

What Is A Union

A union, or more appropriately, a labor union is an organized association of workers, often in a trade or profession, formed to protect and further their rights and interests. While this may sound like a benefit to workers, there is a myriad of reasons why unions can, in fact, hurt employees.

What Is Organizing - and How It Works

A union organizing campaign is essentially a drive or movement to form a union within an organization. Workers can petition for organizing with the National Labor Relations Board (NLRB) or consult with an organizer to petition. The organizer can rally an organizing committee and can hold a union card signing event with the goal sign the majority of the workers up (about 30 percent) to push the organizing forward. If this occurs, an election is held with the NLRB. If the union wins, then your company will have to negotiate contracts, which can entail wage and work condition negotiations.

When answering the question, "What is a union?", it's important to understand union organizing laws, too. The first aspect you must understand is that your employees have the right to unionize. The Taft-Hartley Act and the National Labor Relations Act, companies can't discriminate against employees who want to join a union. This means you can't directly interfere with the process by offering higher wages to employees who choose not to unionize, for instance. You can't keep your employees from wearing union buttons, either. Some organizers may go as far as performing what's called "salting," or taking a job with the intention of organizing the company's worker. While salting can be a nuisance and appear cunning, it's not against the law.

While organizing can seem overwhelming and even inevitable, it's not impossible to avoid. The key is to be proactive. Here are a few tips to keep in mind:

Be Transparent. It's important to be honest and upfront with your employees. Many employees might even find themselves asking, "what is a union?" and "why would I want to participate in organizing?" Have an open-door policy with your employees to help answer all of their questions. Additionally, ensure that your employees have all the information they need to make an informed decision before electing to unionize. This will require that you prepare material for the campaign, such as video content that accompanies the text and communicates what is actually involved in being part of a union, including any disadvantages and financial impact it can have on them, such as membership dues.

Be Legally Informed. This is the time to consult counsel from an attorney regarding what is and is not lawful for you and your leaders to do during an organizing drive. You don't want your supervisors spying on employees, making promises in exchange for not unionizing, questioning employees about what they're doing, or even going as far as threatening them. This can come with serious allegations and penalties. Instead, take the approach of seeking legal advice and communicating the right things to do to your team.

Be Fair and Proactive. You can union-proof your culture by being proactive and fair with their wages from the start. Recognize employees' needs and be consistent with your practices and policies. Educate employees about organizing and consider addressing such questions as; what is a union, how to recognizing organizing activity, and what are my rights around unionization during onboarding employees as well.

Creating a union-proof culture is possible if you understand what's involved in an organizing drive or campaign. Know the law, and proactively take the necessary steps to be an employer of choice and create true employee engagement within your organization.