How to Talk To Your Employees About Collective Bargaining 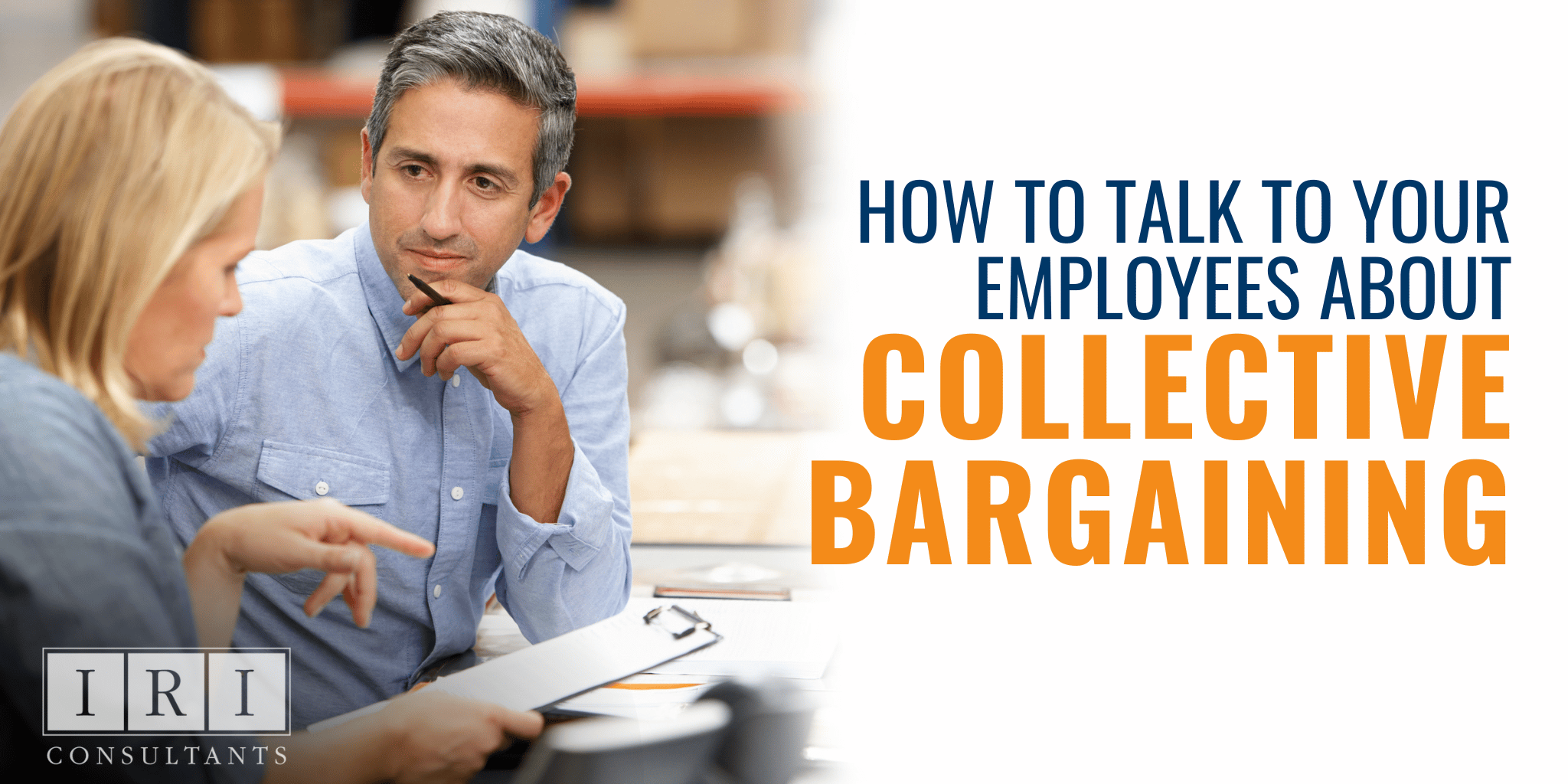 How to Talk to Employees About Collective Bargaining

Table Of Contents
1
1. Explain the Collective Bargaining Process
2
2. Be Realistic About Union Negotiations
3
3. Unions Have Agendas
4
4. Unions Don't Have All the Power
5
5. There's No Time Limit For Union Bargaining
6
6. Individual Needs Can Get Lost In The Noise
7
7. Collective Bargaining Gives Employees Less Personal Power
7.1
Final Thoughts

Better wages, better benefits, better working conditions -- these are just a few of the promises union organizers make during collective bargaining to employees to gain their support during an organizing drive. You may be wondering what you can do during collective bargaining, and how you can speak to your employees during the process. For starters, an employer can't make the same kinds of lofty claims as union organizers, unless they want to risk an Unfair Labor Practice charge. It's a little unfair, as the NLRB believes employees understand that an employer has the power to make their promises reality, and a union that's not yet employees' legal representative - can't.

We’ve written at length about the collective bargaining process and a newer strategy of “bargaining for the common good.” Union organizing can be a touchy subject that employers don’t want to talk about, but educating your team members is one of the most important steps to take for companies to stay union-free. The best approach is to always remain proactive, not reactive, in your employee relations strategies.

So how can you educate employees on the collective bargaining process without risking a ULP? Here are seven clear and succinct things you (and front line managers and supervisors) can do to make sure employees are making an informed choice about unionization.

Remain proactive in your employee relations strategy to educate your employees, and strengthen a workplace culture where employees don’t feel they need a union. This helps build trust and maintain communication between leadership and team members. In addition to educating your employees, keeping yourself informed on the and being prepared for the future can help you to create an atmosphere where unions simply aren’t necessary.

You might know all the tactics unions use to influence potential members, but your employees don't. You need to be proactive, and explain to them about the collecting bargaining process -- how unions negotiate with employers about salaries and working conditions. It may be best to start out with the basics of what a union is, and what organizing campaigns are, and what employees can expect to happen should a union try to organize your workplace.

In addition, point out that neither party is under any obligation to reach an agreement, but they do need to act in good faith and attempt to work out the needs and desires of both parties before entering into any kind of union contract. Union negotiations can be tricky to navigate, so educating your employees is critical.

In the last few decades that we have assisted employers and organizations to stay union-free, there is one thing that has remained critical through the years; be proactive, not reactive. We’re currently in what we refer to as the “Proactive Era” of employee and labor relations, meaning, the need to go beyond mere employee surveys into a new, holistic approach to positive employee relations. This helps your team members understand the value of operating union-free for themselves. Not because their employer wants them to remain union-free, but because they want to remain union-free, and work in an organization where unions simply aren’t necessary.

2. Be Realistic About Union Negotiations

Explain to your employees that unions often campaign for higher wages and better working conditions. Sure, union members could end up with more benefits than what they have now. But they could end up with the same. Or less. Campaign promises during union bargaining are just that -- promises. And anyone can break a promise.

Furthermore, unions frequently make promises to employees for things that they already have. Promises of safe working conditions, benefits, wages, etc. are all among the things that unions promise to improve or implement if employees vote in a union. The thing is, these are already available to team members, through labor laws or through their employer. Again, a proactive approach, where your front-line leaders aren’t afraid to have conversations with employees about unions and the collective bargaining process, is essential.

Remain proactive in your #employeerelations strategy to educate both your leaders and your employees. It's essential to build trust and communication in your workplace. #communication

Employees should know that, while unions might act in good faith, they also have their own agenda. Not every item they're looking for is strictly for the benefit of the employees. During collective bargaining, unions will fight for the things that will also benefit them,  like a "dues checkoff clause," which requires an employer to collect member dues and cover the administrative fees associated with union dues. Another item on the union's agenda may be a "super seniority" clause, written to protect union representatives in the event of a layoff - often promised to those who are part of the volunteer organizing committee.

It’s important to note that unions can use social media to organize your employees as well, rather than the standard “old-school” ways of handbilling or picketing that many organizations may be on the lookout for. 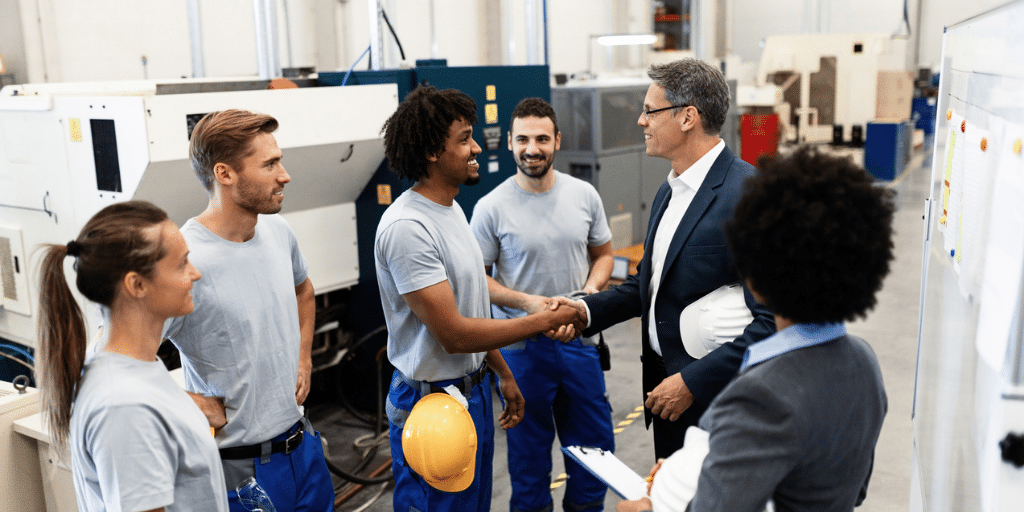 4. Unions Don't Have All the Power

A union organizer may tell employees that they'll tell management what's what. They might tell employees that the union can manage hiring, firing, shift assignments, overtime, and other personnel issues. But during union negotiations, they often neglect to mention the Management Rights clause included in most union contracts. A Management Rights clause says the company - not the union - still has the right to manage the business in the best way possible. A union cannot control a company's ability to grow, move, or alter the way it does business.

It is important to seek legal counsel when reaching a collective bargaining agreement. Keep in mind the T.I.P.S. and F.O.E. rules when you’re providing your team members with information, because you want to be sure not to engage in a ULP or commit a labor law violation. It’s one of the many reasons you need a labor relations professional, who has the knowledge and expertise required to assess the situation, can offer you the proper legal advice, and can help maintain employer-employee relationships. Your leaders need to know what they can and can’t do or say to avoid committing a ULP.

Unions often make it seem like they can affect quick changes -- higher wages in a month or two, for example. The truth is, the union bargaining process has no time limits, and your employees won't see any changes in the interim. Unfortunately, unions are known for manipulating statistics in their favor and cherry-picking certain information to make them look highly favorable as compared to employers. Here is a more in-depth look at how to recognize and address common union lies.

6. Individual Needs Can Get Lost In The Noise

Unions like to say that in collective bargaining, employees gain a voice in the workplace, that they will have a chance to negotiate for the things that matter to them. But in reality, a small group of union representatives carries out collective bargaining, not employees. A promise of a voice can be misleading. During heated or difficult union negotiations, things that matter to individual employees can be lost in all the noise.

Since groupthink is essential to union success, it’s easy for the individual employee voice to get lost and silenced. It’s common amongst membership organizations (of any type) to encourage people to think and act a certain way, but this means that individuality can be frowned upon in unions. This is one of the many disadvantages of unions, as it discourages collaboration and can have a very poor impact and influence over company culture.

Be sure to share that collective bargaining is just that - collective. As in, one solution for the entire bargaining unit. Employees are often surprised to learn that they can no longer go directly to their supervisor or manager to handle their personal needs. A union contract is meant to spell out the rules and everyone must follow them. And like the contract or not, members are expected to pay dues as soon as an agreement is reached.

Educating employees on the process and the realities of collective bargaining is an important part of your obligation as an employer. When you help team members understand the facts, they're empowered to turn a critical ear to the things they may have heard. 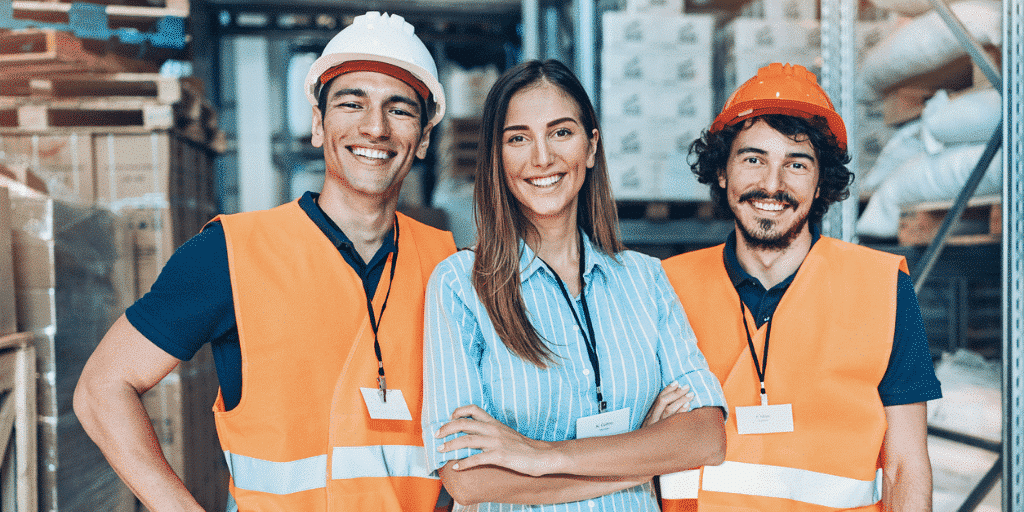 Educating employees on the process and the realities of #collectivebargaining is an important part of your obligation as an employer. #employeerelations #laborrelations

It’s easy to think that since a union contract is in place, that you’re simply out of options. The truth is, you can be union-free again in the future. We cover this more in depth in this article, titled “I Was Unable to Stop a Union Organizing Campaign, Now What?” Most importantly, stay within the law and know your rights as an employer when it comes to union organizing.

Remain proactive in your employee relations strategy to educate your employees, and strengthen a workplace culture where employees don’t feel they need a union. This helps build trust and maintain communication between leadership and team members. In addition to educating your employees, keeping yourself informed on the latest trends in labor relations and being prepared for the future can help you to create an atmosphere where unions simply aren’t necessary.