Do You Need a Supervisory Status Analysis? Answer: Yes!

Do you need to conduct a Supervisory Status Analysis on each position you call "supervisor" or "manager"? Maybe you don't think so because isn't it obvious someone is a supervisor when they have direct reports and plan, organize, and control the work of others? If only it were that simple. The National Labor Relations Act (NLRA) defines what constitutes a supervisor. Still, that definition is regularly refined through National Labor Relations Board (NLRB) decisions and court cases. Eventually, it could be through PRO Act provisions if the law is passed or implemented in other ways. What was once obvious is no longer obvious, leaving your business vulnerable to union organizing campaigns and Unfair Labor Practices. A Supervisory Status Analysis can help your organization avoid these expensive, disruptive events.

Who Does the NLRA Consider a Supervisor?

The NLRA Section 152(11), Title 29, USC says, "The term 'supervisor' means "any individual having authority, in the interest of the employer, to hire, transfer, suspend, lay off, recall, promote, discharge, assign, reward, or discipline other employees, or responsibly to direct them, or to adjust their grievances, or effectively to recommend such action, if in connection with the foregoing the exercise of such authority is not of a merely routine or clerical nature, but requires the use of independent judgment." 29 USCS § 152 (11).

There are 12 supervisory duties mentioned in the NLRA, but there have been numerous NLRB cases to decide if a supervisor was a supervisor. In an opinion in Pulley v. NLRB, the power of the NLRB to determine who is a supervisor is referred to. "The considerations are so "infinite and subtle that of necessity a large measure of informed discretion is involved in the exercise by the Board of its primary function to determine those who as a practical matter fall within the statutory definition of a `supervisor.'" NLRB v. Swift and Company" Pulley v. NLRB, 395 F.2d 870, 875 (6th Cir. 1968)

The term "employee," per the NLRA, does not include a supervisor. An employee's job title does not determine if the employee is a "supervisor."

Note that "manager" is not referred to in the NLRA. However, managers became explicitly excluded from the NLRA over time because of the NLRB and the Supreme Court decisions.

Why are Supervisors Excluded from the NLRA?

The NLRA (1935 Wagner Act) was expanded by the 1947 Taft-Hartley Act, which added exclusions for some people from its protections. Excluded people now include public sector employees, agricultural employees, domestic workers, transportation workers, independent contractors, workers employed by a parent or spouse, and supervisors. Supervisors were excluded in the Taft-Hartley Act mainly in response to management fears of the rapid increase in foremen's unions after World War II.

Employees who have the title of supervisor or manager cannot organize and cannot join a union. Naturally, it's in the unions' interest for as many people as possible to not be classified as supervisors.

As Three Dog Night sang, "One is the loneliest number that you'll ever do." Just one person can make a difference if reclassifying that person enables the union to claim a majority of employees in a bargaining unit are recognized by a union. That is what happened in the case of Pulley v. NLRB Briefly, the bargaining unit had 99 employees, and the union claimed recognition though it represented 49 members. The employer refused to recognize the union, so the union decided to hold a representation election. The employer said the union didn't have a majority of employees. The NLRB said it did because one person with the title supervisor was held to be an employee, giving the union the 50 votes it needed for recognition.

This demonstrates how important just one supervisor can be in your ability to stay union-free. The Supervisory Status Analysis aims to ensure a supervisor is a supervisor, not an employee.

Who Does the NLRB Consider a Supervisor?

That's hard to say, which is why these kinds of questions are considered on a case-by-case basis. You may believe your supervisors are using independent judgment when they do things like hire, lay off, promote, terminate, discipline, and so on. But in many cases, the supervisor is required to get the approval of a higher-up manager or Human Resources professional before exercising these duties.

In the case of NLRB v. Kentucky River Community Care, Inc., the employer wanted to exclude six registered nurses from a bargaining unit on the grounds they were supervisors. The NLRB said they were not supervisors because they didn't exercise sufficient independent judgment in directing less-skilled employees and only used "ordinary professional or technical judgment." The nurses also did not hire, fire, evaluate, or otherwise control the nursing assistant's employment terms and conditions.

The courts rejected the NLRB decision. The Supreme Court said it is the degree of discretion used in decision-making and not the kind of discretion exercised. In other words, supervisors naturally use ordinary professional and technical judgment, so that should not be a consideration in and of itself.

What is the NLRB supervisor test as it stands now?

The "Distribution Control Supervisors" worked for an electric utility company and were responsible for designing and directing switching activities on the electrical distribution system. The supervisors did not hire, fire, evaluate or discipline crew members, but they had the professional and technical experience needed to do the job. The professional and technical expertise alone did not determine their supervisor status. It was the fact the crew members had to follow their supervisors' directions to maintain safety.

Think of this scenario: The supervisor uses independent judgment but only based on Human Resources, organizational-wide and departmental policies, and procedures. The supervisor is not allowed to operate outside of any of these, making it difficult for the employer to defend the independent judgment requirement, especially if the NLRB is pro-union. So does the person exercise significant discretion and judgment? 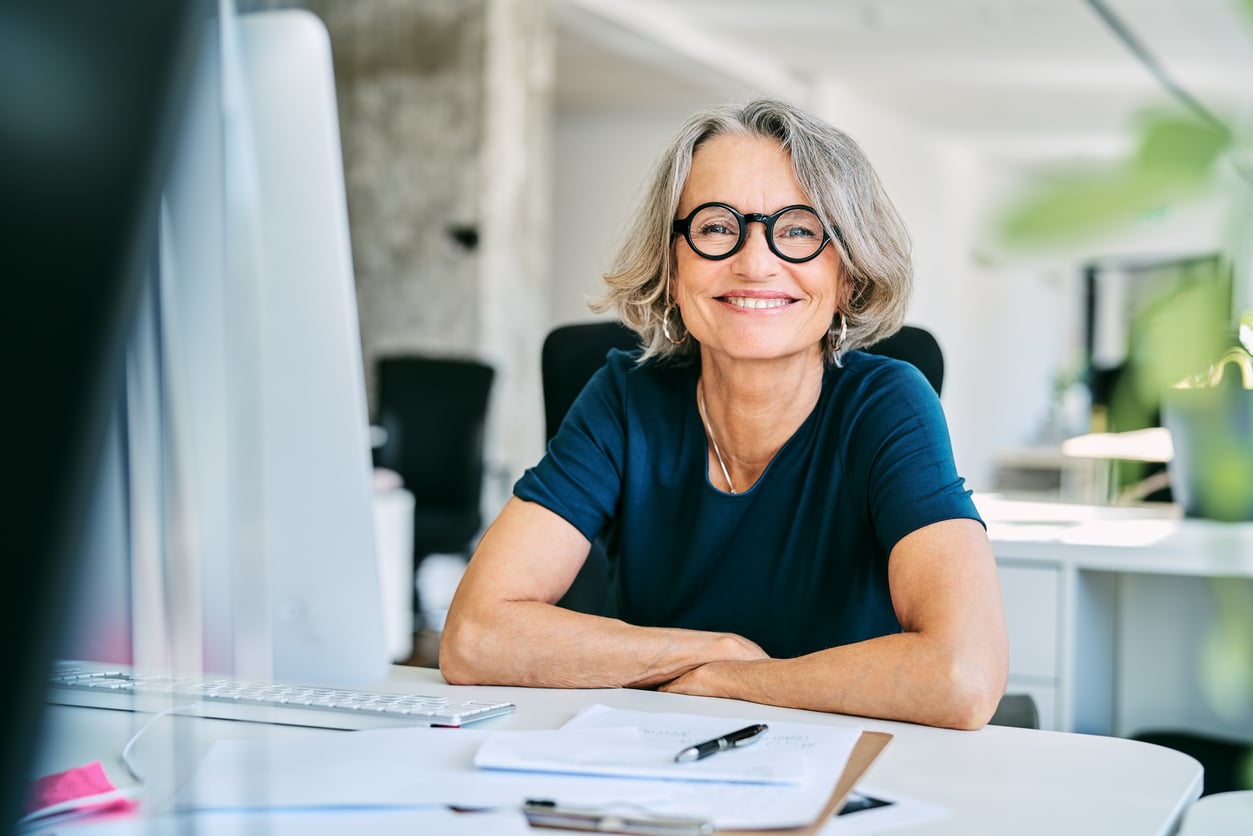 In the 2019 case of Entergy Mississippi, Inc. and International Brotherhood of Electrical Workers, the NLRB assessed whether dispatchers used independent judgment when assigning employees working in the field to locations during power outages. The dispatchers prioritized outages, sent employees to address outages, could reassign or hold the field workers from their regular shifts, and could call on-call employees into work.

Here is the key aspect: The employer did not have standard operating procedures or rules for dispatchers to follow when outages occurred. Therefore, it was determined the dispatchers held the broad discretionary authority to prioritize decisions, exercising independent judgment.

This is how complex a Supervisory Status Analysis can get.

Get expert help with your Supervisory Status Analysis

What is in the PRO Act concerning supervisory status determination?

The PRO Act continues to see no action in the Senate, so the NLRB is implementing as many of its provisions as it can through case decisions and General Counsel guidances. The PRO Act redefines a supervisor with the effect of making more frontline supervisors as employees and not members of the management team.

The PRO Act restricts the supervisor definition to people who perform supervisory duties "for a majority of the individual's worktime." It also deletes "assigning work" and having the "responsibility to direct" work from the supervisory status analysis. This eliminates two of the primary factors used to assign supervisory status to frontline leaders. This could have significant implications in industries like healthcare, in which nurses have oversight over nursing assistants and nursing aides, so they are assigned a supervisor title.

There are many implications to changing one or more supervisors to employee status.

Post-pandemic, the nation is moving deeper into a pro-union environment, supported by federal and state pro-union laws, a pro-union NLRB, and employees feeling more empowered to force employers to listen to their needs and demands. If successful, the expected push to change supervisors to employee status through ULP charges filed by unions or employees with the NLRB will have severe consequences on your ability to maintain crucial frontline supervisor responsibilities and significantly increase your vulnerability to unionization when increasing the size of bargaining units benefits the union.

A trusted, neutral, third-party evaluation can streamline a time-consuming project within a designated organizational budget. The reality is that the cost of evaluating Supervisory Status Analysis costs much less than the cost of unionization for years.

How Your Leaders Can Answer The Question, “Should I Join A Union?”