Demand For Recognition: A Managers Guide To A Tricky Situation 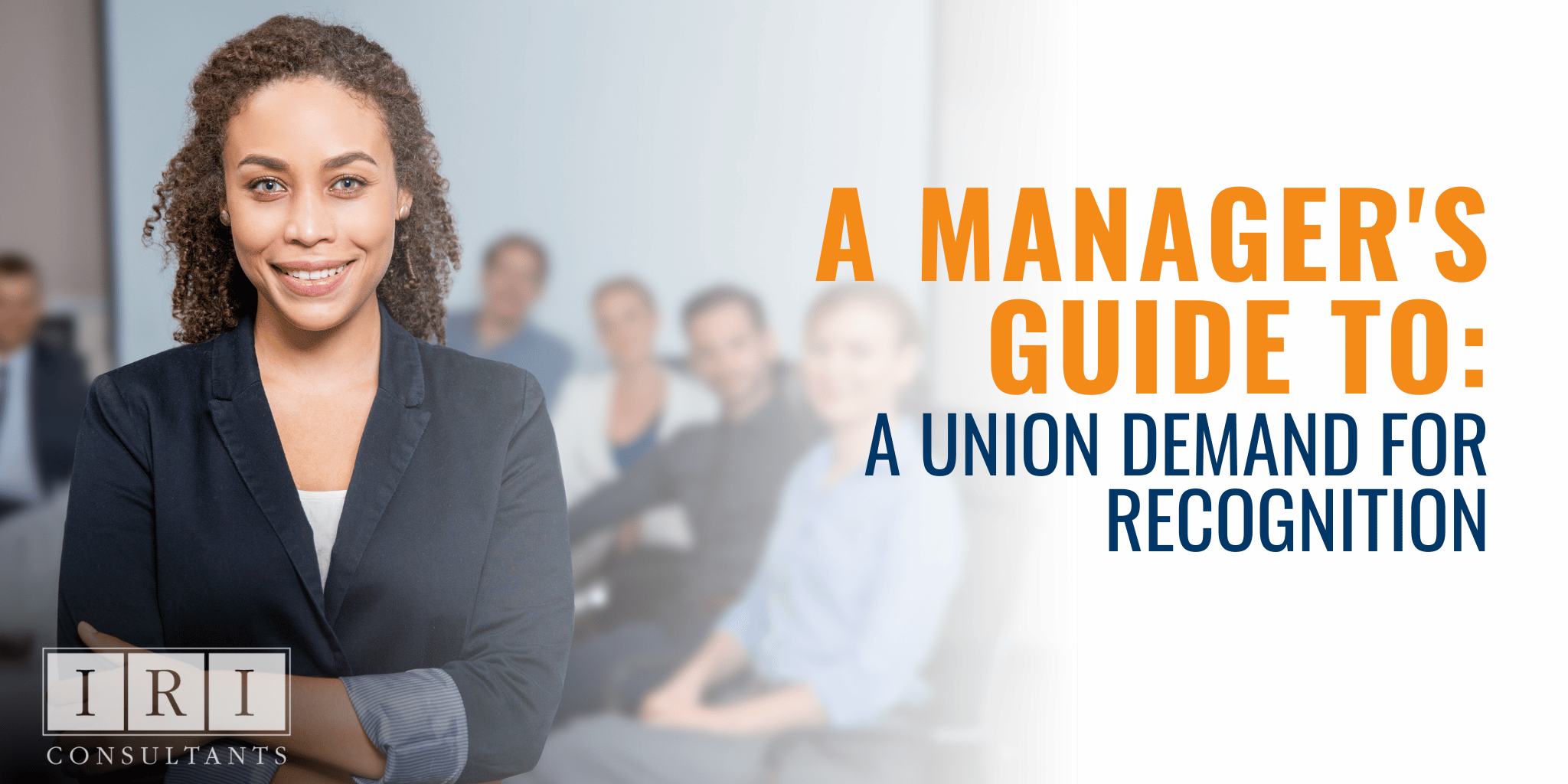 You already know that staying union-free is a balancing act. As a manager or leader, you've got to handle any union organizing effort within the law. You still need to take advantage of every opportunity to maintain a union-free environment. One of the trickiest situations that regularly lands small and medium-sized businesses in hot water is the mishandling of a union's demand for recognition.

What Is A Union Demand For Recognition?

Business leaders often lack in-depth training on the National Labor Relations Act (NLRA), which can put them in a precarious position when a union begins to organize employees. The first step that labor organizations take is gathering employee signatures on "authorization cards."

When the union can show majority support, instead of petitioning the NRLB for a secret-ballot election, union representatives can present these authorization cards to a manager of the business. The union then makes a "demand for recognition," essentially asking management to voluntarily recognize the union, based solely on the volume of signed membership cards.

The reality is that the union won't do this in the form of a request. Instead, they make a demand, which can be hard for untrained managers to turn down. After all, a large stack of signed membership cards can indicate that many employees want union representation. So what do you do when someone tries to hand you something? Usually, you take it.

Businesses that prefer to maintain a union-free environment must always decline a demand for recognition. Remember that authorization card-signing is not at all confidential, and it is quite possible that some employees felt pressured by their peers to support organization efforts. Therefore, the opportunity for a secret ballot election is vital to the health and morale of your company and its employees.

Your best course of action is to require the union to file a representation petition with the regional office of the National Labor Relations Board. Insisting the process be handled by the NRLB triggers that secret-ballot election. In the time that passes between your awareness of the union's organizing efforts and that secret-ballot election, take the time to educate employees. Make sure every team member (and even their families!) has all sides of the story in hand, including union membership, finances, strikes, the reality of dues, and all the risks that come with being unionized.

Remember, the outcome of a secret-ballot election with confidential voting can demonstrate a very different level of support for union representation.

The Demand For Recognition Meeting: Pitfalls and Cautions

If union representatives approach you with a demand for recognition, .you'll want to be aware of several points of caution.

1. First, refuse the representative's offer to show management the signed union cards. The National Labor Relations Board (NLRB) has determined that the simple act of looking at the cards was management's consent to, and voluntary recognition of, the union.

2. Second, explicitly state that management requires unions to proceed through the entire election process to receive recognition by the business. Insist that the union file a representation petition. Take the time to educate and inform employees.

If an error occurs and management does voluntarily recognize a union, the NLRB requires that the union be permitted to represent its collective bargaining unit for a reasonable time before any changes are made. Bargaining-unit employees may be able to decertify the union, but that, too, can be a lengthy and difficult process.