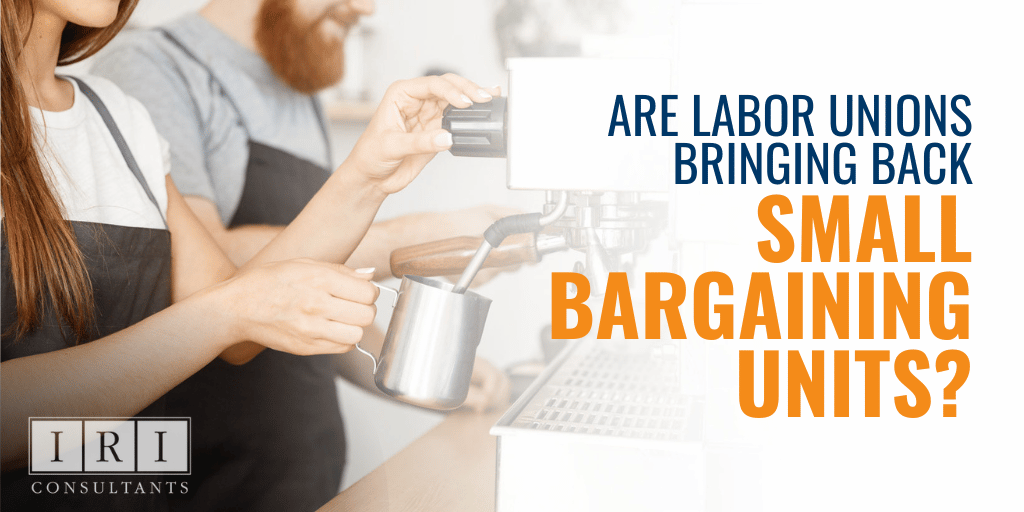 Micro-Units are small bargaining units that don’t include all employees. They are a carved out group of employees claiming they have interests different from the rest of the workforce and wanting to unionize. For example, nurses say their interests are different than those of the physician assistants. We have anticipated micro-units would become an issue once again in 2022 due to a union-friendly National Labor Relations Board (NLRB). With a recent NLRB press release, the predicted labor union organizing campaign trend is certainly taking shape.

Small bargaining units of unionized employees have a history that we have previously discussed in detail here. As a review, until 2011, the National Labor Relations Board (NLRB) seldom allowed the formation of micro-units. In most cases, the community-of-interest standard was difficult to meet. The community-of-interest standard is used to determine if one group of employees, as opposed to the whole workforce, should be allowed to act as a bargaining unit.

In 2011 (Specialty Healthcare), the NLRB opened the door for organizing small bargaining units by reinstating the traditional community-of-interest standard in favor of organizing micro-units. It established a two-part test. First, the proposed small bargaining unit was examined to determine if the employees are “clearly identifiable as a group.” Second, if an employer believed excluded employees should be included, it had to show the excluded employees “shared an overwhelming community of interest with the petitioned-for group.” NLRB Micro-units flourished with this NLRB ruling. The critical word restricting employers was “overwhelming.”

In 2017 (PCC Structurals), the NLRB overruled Specialty Healthcare and allowed micro units but re-established the traditional pre-2011 community-of-interest standard, which made it more difficult to organize small bargaining units. This decision was clarified in 2019 (Boeing) when a three-part test for meeting the community-of-interest standard was established. The NLRB eliminated the “overwhelming community of interest” language for deciding employer challenges to small bargaining units, once again making it more difficult for unions to form micro-units.

The three-part test considers whether:

Small Bargaining Units Are Coming Back

Now it’s 2022, and all indications are the NLRB appears to be interested in re-establishing a bargaining unit petitioning standard that supports the formation of Micro-Units once again. On December 7, 2021, the NLRB issued a press release inviting interested parties and friends of the court to submit legal briefs addressing whether the Board should reconsider its standard on micro-units. Though the Board asks whether the current standard should stand or be modified, or whether the standard should be returned to the revised 2019 standard, the fact the NLRB has opened up the discussion once again is a sign that it supports micro-units.

As it stands now, it is difficult to form a micro-unit because the proposed bargaining unit must have a convincing explanation as to why a smaller group of employees does not have the same bargaining interests as the entire workforce. In other words, the burden of proof is on the union to prove the micro-unit must have a distinct interest from the employees excluded. The NLRB wants to shift the burden of proof back to employers.

The back-and-forth decisions reflect the political character of the NLRB. The NLRB decisions are guided by the principles its members embrace, and the current Board is pro-union. This is not surprising because Democrats now hold a majority of Board seats, official as of August 28, 2021. In addition, the NLRB’s General Counsel, who was appointed by the Biden administration, has been quite vocal in support of unions.

Look no further to find proof of political support for unionization than President Biden signing an executive order that led to a pro-union report released February 7, 2022. The White House Task Force on Worker Organizing and Empowerment report outlines the steps the administration will take to proactively promote union membership and collective bargaining, applicable to both public and private sector employees. The fact the task force made recommendations promoting unionization among private employers is alarming. One of the ways it can exert tremendous pressure to unionize is by forcing federal contractors to only hire suppliers with unionized workforces. 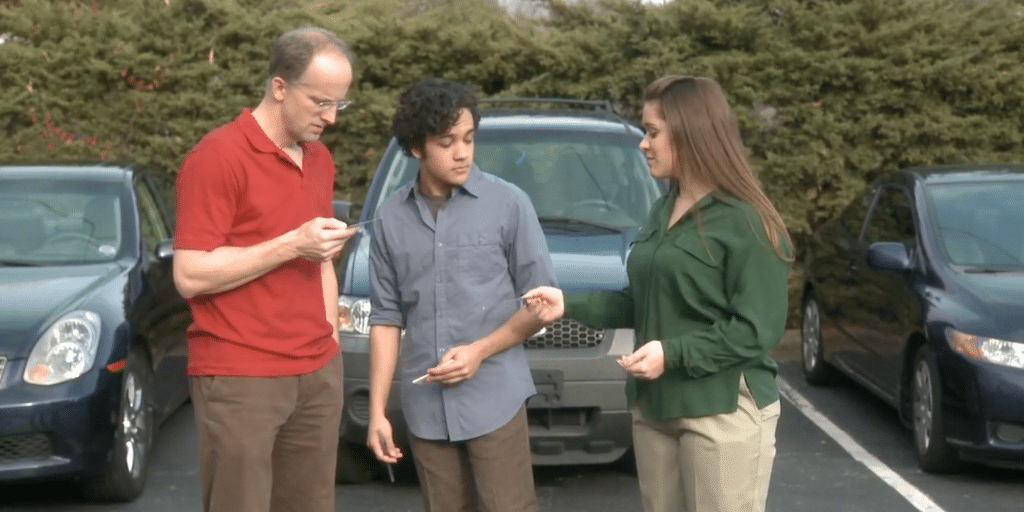 The NLRB is interested in finding justification for micro-units. When you look at the big picture, this is another avenue for assisting unions with successful organizing efforts. This would support the task force report and the Biden administration’s support for unions. Any foothold that unions can gain could lead to increased union members.

Unions have a greater chance of success by organizing small-scale elections, and some are very small. Though the National Labor Relations Board decided each Starbucks store stands alone when it comes to a union election, it is notable that labor unions are pursuing small wins with the hopes of unionizing many of the 8,953 stores across the country. In Buffalo, NY, the first Starbucks voted to unionize 19-to-8. A second Starbucks voted down the union. A third Starbucks store unionized with a 15-to-9 win, making it the second Starbucks to unionize with partners (employees), saying they now have a voice. Currently, there are many Starbucks stores in multiple states petitioning the labor board for union elections.

Starbucks had argued that all 20 stores in the Buffalo area should vote in the union election because employees could work shifts at any of the stores. Starbucks would undoubtedly call the individual stores that unionize micro-units. The union micro-unit strategy, supported by the current NLRB, has demonstrated a small union win can lead to a big union win. Bloomberg Law labor data found that unions won 75 percent of union elections from January 2018 to June 2021 for businesses with 1-49 workers and 67 percent of elections at businesses with more than 500 workers. For the same time period, unions won 70 percent of the elections for businesses with 50-99 workers. Bloomberg Law compared union win rates before and after the PCC Structurals ruling, making it more difficult to form these small bargaining units, and there was little difference.

After analyzing the statistics, Bloomberg wrote, “…it’s still the smallest groups of workers that are the driving force of unionization.” Making it easier to form micro-units could easily become the path unions take to grow their membership as membership growth stalls. 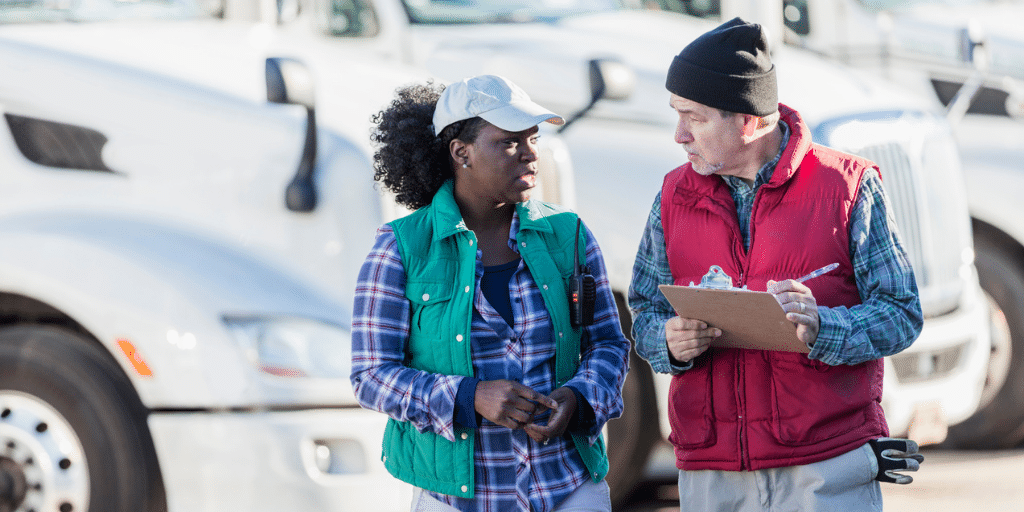 The Cost of Unionization is Already High

Since individual Starbucks stores are unionizing, management is now faced with negotiating separate collective bargaining agreements. There is nothing in the law that says a contract agreement must be reached, but either way, a lot of time and effort will be invested in the process. The company will also have to contend with meeting the requirements of multiple union contracts, and each could have unique terms. This is the same scenario your company could face should a small unit of employees vote to unionize and then one or more micro bargaining units follow suit. The cost of unionization is always high, but it would get higher with these small bargaining units or micro-units.

Our Labor Relations Readiness System was developed to help companies proactively identify and address potential employee relations vulnerabilities, and be proactive rather than reactive when it comes to union organizing. Our labor relations consultants are here to help you create the most effective positive employee relations strategy for your organization. You can click here to get started.

Attorneys at Husch Blackwell believe the NLRB will reinstate the standards of the Specialty Healthcare case and allow unions to target small groups of employees. Remember that in this case, it was decided the employer had to show an “overwhelming community of interest” with the employees excluded from the bargaining unit to be able to seek a larger bargaining unit for purposes of union organizing. This case involved Certified Nursing Assistants, and the employer wanted to include all nonprofessional support personnel in the hospital. Now the attorneys believe the NLRB will make it easy for micro-units to return, and the healthcare industry will be a natural target because of its mix of employees and the fact it includes various sizes of facilities in hospitals and non-acute care settings.

Staying Union-Free is the Solution

An activist NLRB is supporting unions and isn’t concerned with the problems, and expense micro-units can cause employers. Having multiple small bargaining units with individual contracts would be difficult to manage. There would be different work rules, different benefits, different contract expiration dates, and potentially different labor unions. You would need to invest significant amounts of time in negotiating and managing the union contracts and spend significant amounts of money ensuring compliance and handling things like Unfair Labor Practice charges.

Laborwise leadership training in labor relations is crucial to avoiding unionization in 2022 and the future. Successfully developing positive employee relations depends on the ability of your supervisors and managers to engage employees in productive ways. No matter what the NLRB decides concerning micro-units, you have the power to stay union-free by investing in leadership and employee training and becoming an employer of choice, making micro-units something employees aren’t interested in forming. It’s the best strategy for staying free from small bargaining units and unionization entirely.

The Connection Between Change Management and Labor Unions