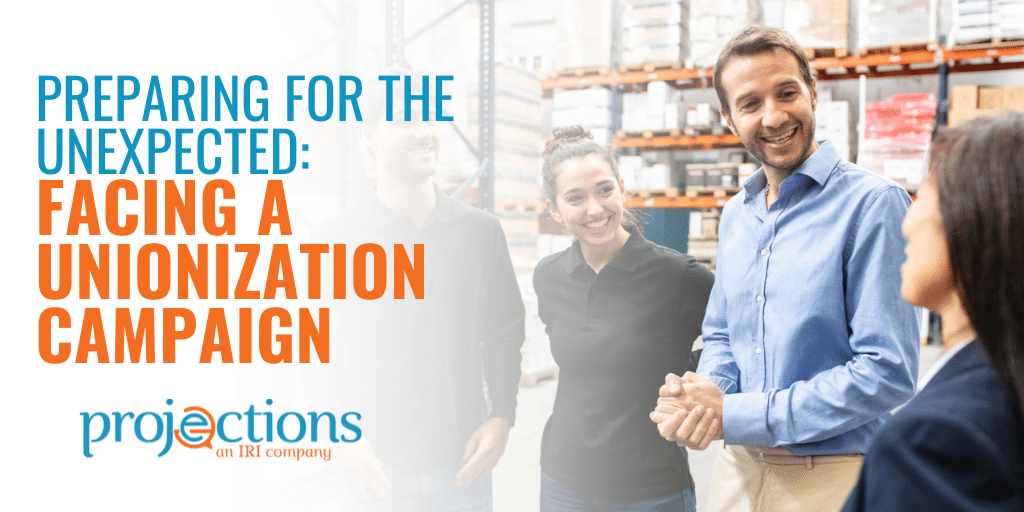 Preparing for the Unexpected: Facing a Unionization Campaign

As an employer, you may find yourself unexpectedly facing a unionization campaign. But if you laid the proper groundwork long before the signs a union organizing campaign is in the making, responding is much easier and more likely to lead to a "no" vote should the campaign reach the election stage.

Labor unions are always ready for any opportunity to organize employees, even if you think your employees are not interested, because your management has done everything possible to stay union-free. It only takes one employee to contact a union. Instead of the union having to recruit someone to get a foot in the door, an employee contacting the union is a true gift to the union.

Always Expect a Labor Union to Show Up

In 2020, a pandemic year when many people were not even working, the National Labor Relations Board (NLRB) recovered $39,389,405 on behalf of employees as backpay or reimbursement of fees, dues, and fines. In addition, 978 employees were offered reinstatement.

There were 15,869 Unfair Labor Practice (ULP) cases and 1,764 representation cases in which employees or a union filed a petition for a union election. In the past four fiscal years, which are more typical, the NLRB collected annual amounts in back pay, fees, and dues that ranged from $53 million to $73 million. Remember, employers paid this money.

Many employers make a common mistake assuming they are immune to unionizing because they have great benefits, flexible schedules, an open-door management policy, and a competitive pay schedule. It's a mistake to think that way because it leads to complacency, and complacency leads to gaps in efforts to stay union-free. For example, you believe you don't have to talk to your employees about the disadvantages of unions because they couldn't possibly want or need to join a union.

Many employers make a common mistake assuming they are immune to unionizing because they have great benefits, flexible schedules, an open-door management policy - but this leads to complacency, and gaps in your union-free effort. #unionfreestrategy

Proactive Strategy is Essential When Facing a Unionization Campaign

A single actively disengaged and unhappy employee can begin the process of union organizing. With just that one opening, a union can begin the process of recruiting more employees. What can you do before you have any awareness a union might be targeting your business? Indeed, having great benefits, flexible schedules, an open-door management policy, and a competitive pay schedule are steps in the right direction. But we're talking about going beyond the obvious good employment practices. We're talking about a comprehensive, proactive strategy first because how well you are prepared to face a unionization campaign depends on effective leadership long before a union appears.

Developing positive #employeerelations is a process for building trust, and that takes time. A #holistic approach can maintain positive employee relations. #employeeexperience 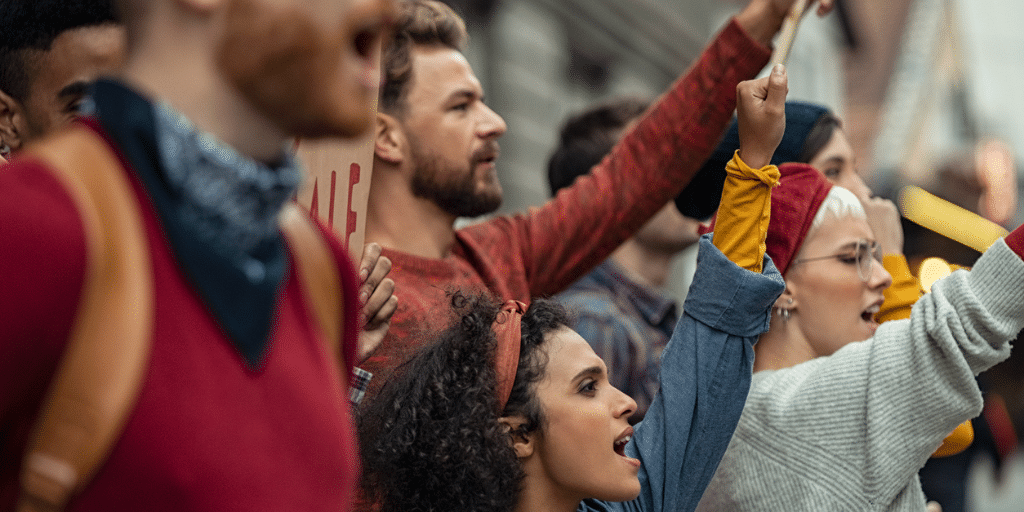 Understand How a Union Campaign Works

As mentioned, union campaigns move fast. The NLRB has gone back and forth on the "quickie election" or "ambush election" rules. During the Obama administration, the time period from filing a petition with the NLRB to the actual vote was shortened. The Trump administration rolled back some of the rules and lengthened the time to give employers more time to respond. Under the Biden administration, the NLRB is pursuing a return to the Obama administration rules. The time to learn how a union campaign works is now. Waiting until an election starts to learn the process will cost your organization valuable time.

The National Labor Relations Board 2020 report mentioned earlier said the initial union election in union representation cases (NLRB was petitioned) was conducted an average of 28.4 days from the filing of the petition. So you are likely to have less than a month to effectively and successfully respond to a union campaign.

This is a very simplified list. Projections Inc. has developed an in-depth description of the journey to a union election. But do you know what you can do, as an employer, to oppose a union organizing campaign?

An important point to keep in mind is that union campaigns are emotional events. Your pro-union and anti-union employees are disagreeing with each other. Pro-union employees are striving to create resentment against your leaders. Some employees will portray your organization as uncaring and even cruel and violating employee rights.

Your managers and supervisors are on edge because one misstep can lead to a valid ULP charge. In fact, your managers and supervisors are likely worried a ULP will get blamed on them, valid or not. In addition, the company will spend tens of thousands in legal fees for labor law attorneys and professionals to defend itself against ULPs and on resources to convince employees they don't need a union, all of which places a financial strain on the business.

Recognizing the high emotion that accompanies a union campaign is another reason to prepare for a union before a union even enters the picture and to build strong positive employee relations and leaders with emotional intelligence. Even if the union campaign leads to an election in which employees vote "no," there is potentially a lot of damage done to the employee relations workforce that must be repaired. It takes skilled leadership communication.

Do's and Don'ts When Facing a Unionization Campaign

Despite all efforts, a campaign may still start. You simply need to know what you can do once your company faces a unionization campaign. This is when your laborwise leadership training and advance preparation will pay off. You can answer questions employees ask your managers. You can't interfere with the employees' right to organize. You can tell the truth about union corruption, but you can't make statements that aren't objective. As a company, you have to ask: Do you know how to respond to union organizing legally?

Following are some don'ts and do's that you can use as guidelines. The list incorporates knowledge of the high emotions that are common to union campaigns. The don'ts are details for TIPS rules. TIPS is the acronym for Threats, Interrogation, Promises, and Surveillance. The do's are details for the FOE rule, which stands for Facts, Opinions, and Examples. The TIPS and FOE rules are the foundation of the effort to avoid ULPs during a union campaign. 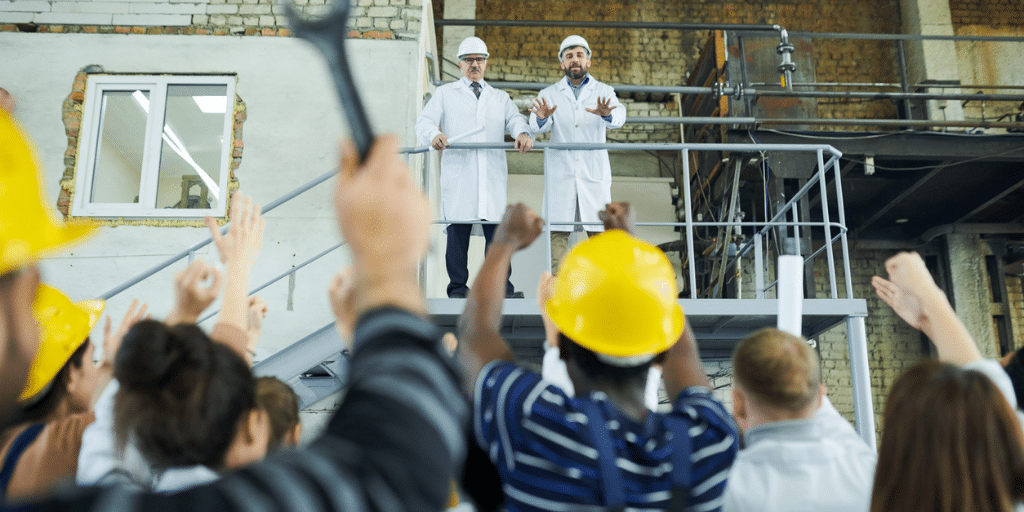 Staying Prepared is the Best Offense to Stay Union-Free

Sometimes, it's just not possible to stop a union organizing campaign. You need to have leaders always in a state of readiness and not vulnerable to making serious and illegal mistakes. Everyone should be as prepared as possible when facing a unionization campaign. Think in terms of crisis communication because, win or lose, a union organizing campaign is disruptive and can impact business continuity.

Our team has decades of experience in helping businesses prepare for and respond to  unionization campaigns. We have the tools, employee and leader training resources, and professional network you need to succeed.