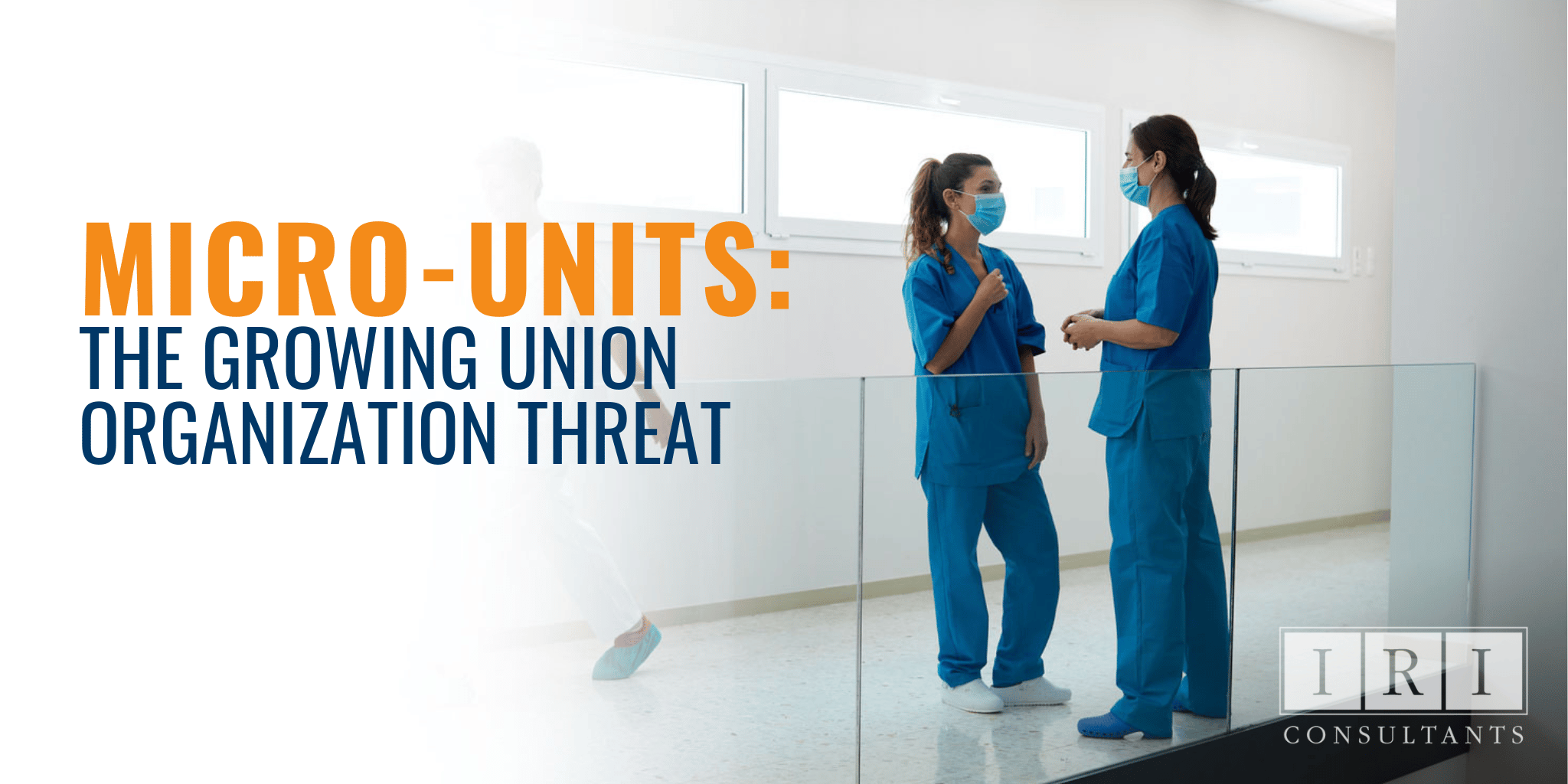 Micro-units have been a source of contention involving employers, unions, and the National Labor Relations Board (NLRB) for many years. Unions are always looking for ways to start union organizing campaigns, and pushing micro-units is one strategy that emerged over the past years. A small group of employees joins a union, encouraging other small groups of employees to join their preferred union, leading to employers dealing with multiple collective bargaining units rather than one.

What is a Micro-Unit?

This term “micro-unit” is used to refer to a small portion of the total number of employees at a particular worksite, which a labor union is seeking to represent. Essentially it is a targeted group within a workplace. As stated by William Ozier of Bass, Berry & Sims PLC, “smaller units are often easier for a union to organize. If the union is successful in convincing a small unit to choose union representation, the employer will face bargaining with one or more unions over small portions of its workforce, creating numerous operational inefficiencies at the very least.” It’s easy to see how there is nothing “micro” about the threat of unionization from a micro-unit.

It’s a management nightmare and an expensive scenario for any business. As the NLRB composition changes and becomes proactively union-friendly, without a doubt, the number of micro-units will increase. Avoiding unionization will become even more challenging, making it more important than ever for leaders to have positive employee relations with employees, strong employee engagement, an effective workplace communication system, and a plan for staying union-free.

The History of Micro-Units and the NLRB

Understanding the changing political picture puts the micro-unit challenge in context. Each NLRB has a plan, largely aligned with political persuasion since the President, with Senate consent, appoints board members. The President also appoints the General Counsel, an independent position responsible for investigating and prosecuting unfair labor practice (ULP) cases.

The NLRB has a term expiring shortly -- in August 2021 -- and the Biden-appointed replacement person plus a vacant seat appointment will certainly make the NLRB one that favors unions. The two individuals expecting NLRB appointments have represented large labor unions for years. When Democrat appointments soon hold a majority of NLRB seats for the first time since 2016, and the General Counsel is union-friendly, you can plan on numerous decisions and guidances supporting unions over the next few years. One of the subject areas that will assuredly get support is micro-units.

The history of micro-units lays the foundation for understanding the changes you will have to manage carefully soon as the new NLRB begins decision-making.  Let's take a look at some real-world examples.

Micro-units are on-again, off-again, on-again. The saga of micro-units begins in July 2011 with the case of Specialty Healthcare and Rehabilitation Center of Mobile and United Steelworkers. This case addressed the standards for determining an appropriate bargaining unit. The labor union wanted a bargaining unit of only certified nursing assistants (CNAs), while the employer wanted CNAs plus all other nonprofessional service and maintenance employees included in the unit. The NLRB decided in favor of the union, saying the employer had to prove the larger group shared an overwhelming community of interest (shared interests).

It’s not surprising the CNAs formed a micro-unit because the structure of the healthcare workforce is based on groups of employees with official and unofficial status. All the union had to do was show they were a “readily identifiable” group of employees who shared things like work locations, skills, and departments. The burden was on the employer to show other employees shared a community of interest with the CNAs. 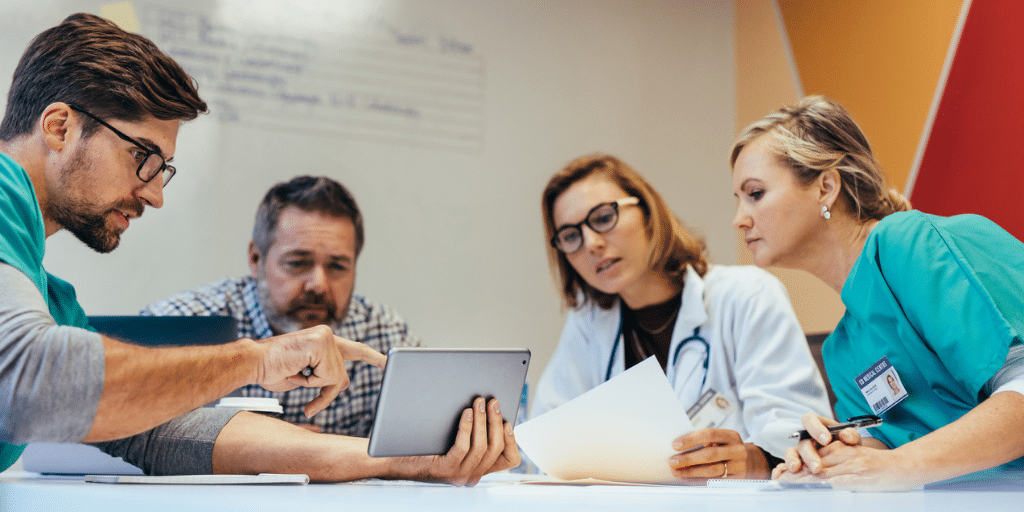 In 2017, the NLRB overruled the Specialty Healthcare decision in the 2017 case of PCC Structurals, Inc. and the International Association of Machinists & Aerospace Workers, AFL-CIO. The decision said it would “return to the traditional community-of-interest standard that [it] has applied throughout most of its history.”

So this case rejected the micro-unit by returning to the traditional evaluation of community-of-interest. The NLRB, it was argued, was “rubber-stamping” petitions to form micro-unions and had ceded its statutory obligations. The Board was not assessing whether the shared interests of employees in the proposed bargaining unit were different from the interests of the employees not included.

Bottom line: Basing the unionizing decisions on the fact employees were “readily identifiable” as a group was excluding a review of the employees excluded.

Boeing Company (no to micro-unit)

In the 2019 case of the Boeing Company and International Association of Machinists and Aerospace Workers IAM), things took another turn. After two failed attempts by the IAM to organize a 3,000 person unit of all production and maintenance employees at Boeing, the IAM petitioned for a smaller bargaining unit of only 180 Flight-Line Readiness Technicians and Flight-Line Readiness Technician Inspectors at Boeing’s North Charleston site.

The Boeing union election was vacated. Using the three-step analysis, the NLRB found the proposed bargaining unit failed the analysis. First, the proposed unit didn’t share an internal community of interest. Second, the proposed unit excluded employees with a high degree of functional integration, like those on the same production line.

In April 2021, the Republican-controlled NLRB approved a 15 employee bargaining unit at an IKEA Distribution Center in California. IKEA wanted a bargaining unit of 400 employees. Applying the three-step Boeing analysis, the employees were found to have an internal community of interest.

However, when it came to step two of the analysis, there was a problem. An interesting aspect of this case is that the union election was allowed to proceed because IKEA missed a deadline to show why the bargaining unit should include the 400 employees. The company was one hour and 41-minutes late.

Nissan North America (no to micro-unit)

In a June 2021 case involving Nissan North America, Inc. and the International Association of Machinists and Aerospace Workers (IAM), the NLRB decided against approving a micro-unit of 87 Tool and Die Maintenance employees. The employer wanted the bargaining unit to consist of all 4,300 production and maintenance employees. The Board used the three-step community-of-interest standards and agreed with the employer, finding the technicians shared a community of interest with the other plant employees, so a plant-wide bargaining unit was appropriate.

The NLRB certification of micro-units has been inconsistent, but there are takeaways to keep in mind and that point to the growth in micro-units as the NLRB makeup changes.

Unions are counting on the Democrat-controlled NLRB to restore the Specialty Healthcare standards, making it easier to form micro-units.

It’s much more difficult for unions to justify micro-units under the three-step community-of-interest analysis.

It’s more difficult to get the signatures of 30 percent of employees on union authorization cards in a larger unit needed to support a petition.

There is little doubt the Democrat-controlled NLRB will approve the reversal of the PCC Structurals decision, leading to many more micro-units. The UnionProof team has discussed the coming wave of government support for unions due to a number of factors, like the PRO Act and the changing composition of the NLRB. The appointment of a strong pro-union NLRB General Counsel was another step towards ensuring employers will face numerous unfair labor practices claims, unionizing attempts, and now micro-unit petitions. 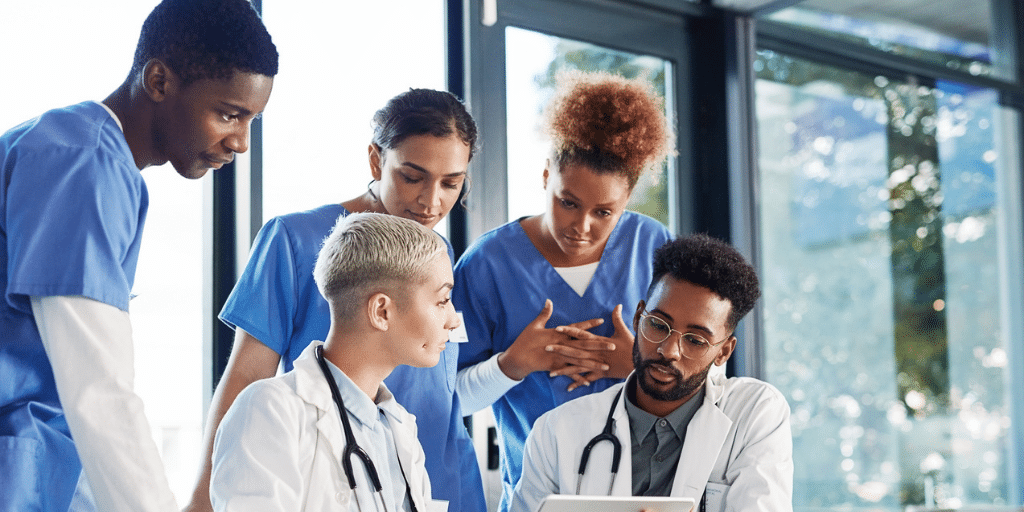 There are many steps you can take now to prepare for the onslaught of union activity, including micro-units. The labor relations practice of Ogletree Deakins discussed strategies for retail employers concerned with micro-units after a micro-unit was formed at Macy’s and denied at the Neiman Marcus Group d/b/a Bergdorf Goodman in 2012.

With it likely the NLRB will return to the Specialty Healthcare standard, the advice remains very relevant. For example, the NLRB has indicated in their Specialty Healthcare (and some prior) decision that the way employers choose to structure their operations is important to bargaining unit determination. This includes the way in which the employee skills and training are utilized in the workplace.

The NLRB considers the two most important factors to be:

In other words, blur the lines between groups of employees when possible. For example, cross-train your employees on multiple job duties, increase the interchange between job classifications, rotate employees among jobs or classifications, and train several supervisors to share oversight of multiple departments.

The operational considerations are geared towards developing optimal bargaining units to avoid unionization. The ideal way to stay union-free is to make unions completely unnecessary.

Staying union-free is all about positive employee relations supported by leadership training, fair policies, and procedures and strong communication systems that embrace all workers, including onsite and remote workers. You should identify and address employee relations vulnerabilities. In the Proactive Era, leaders must rely on their ability to develop great relationships through skills like active listening, fair decision-making, inclusion and belonging practices, and soft skills applications.

Staying #unionfree is all about positive #employeerelations supported by leadership training, fair policies, and procedures and strong #communication systems that embrace all workers!

Your workers don’t want to work in a disrupted, fragmented, divisive workplace, yet micro-units present the potential for that situation to develop. We are honored to provide the training and other resources all employers need to not only educate and empower their leaders and supervisors, but to stay union-free. You can schedule a demo or chat with one of our skilled leaders, and we can meet you where you're at to solve your specific needs. The key is being proactive, not reactive. We're excited and ready to help!