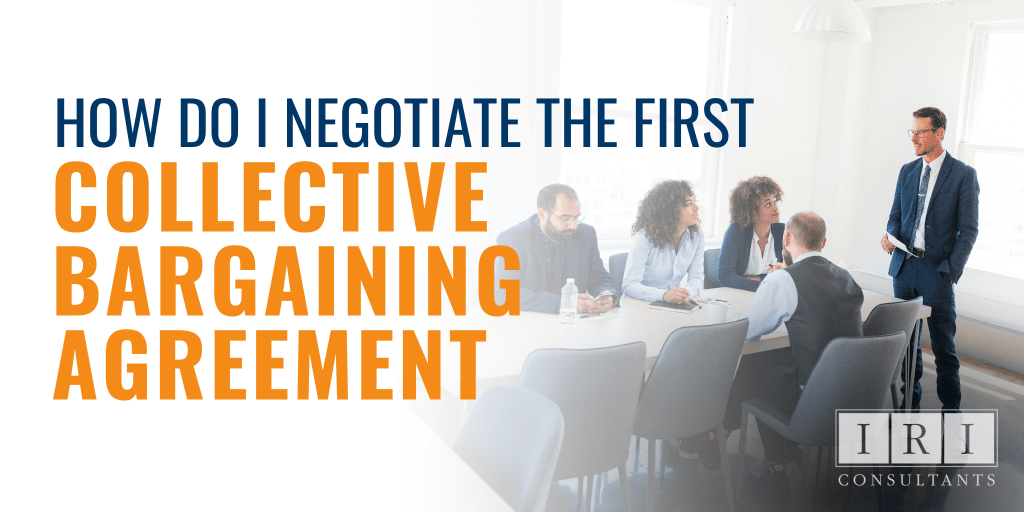 How Do I Negotiate the First Collective Bargaining Agreement?

Table Of Contents
1
How should I prepare for the first collective bargaining agreement with a union?
2
Developing Your Strategy Before Your First Collective Bargaining Agreement
3
Who should be on your contract negotiating team?
4
What are some best practice communication strategies we can apply without overshadowing the union and without losing control of communication to staff?
4.1
Bargaining in Good Faith
4.2
Communicating with Employees to Leverage Positive Negotiations
5
Tips for a Successful Negotiation Process
5.0.1
Get your free guide to managing the collective bargaining process - instant download!
6
What methods do unions use when they negotiate a contract?
6.1
Win-Win Negotiations
6.2
From the Union Perspective
6.3
Applying Pressure
7
Negotiating from a Position of Strength
8
During Negotiation Meetings
8.1
Can I communicate with workers during contract negotiations?
9
Complex and Delicate Negotiation Process

The union organizing campaign, followed by the union organizing drive and vote, was undoubtedly a very difficult time for your company. To win employee votes and public support, the bottom line of every union strategy is to make your company and your management look as uncaring of employee needs and as greedy as possible. The union made sure they agitated your employees and generated plenty of bad publicity. It's not a great scenario for approaching the negotiation of the first collective bargaining agreement. Yet, it must be completed in a way that best protects the employee and your company from unnecessary expenses and problems. The bargaining agreement negotiations process requires a blend of research, knowledge, and expertise.

How should I prepare for the first collective bargaining agreement with a union?

Preparation is everything. Union contract negotiations are based on legal, organizational, and cost factors, so addressing each of these factors before negotiations start is crucial. You need to identify and understand the:

Sometimes negotiations go smoothly, but they can easily turn into long-term problems when there is a failure to secure an agreement. The difficulties in negotiating the first-time union contract can't be underestimated because the contract terms involve the economic interests of the employers, employees, and even the union, which is the recipient of much-needed union dues.

Developing Your Strategy Before Your First Collective Bargaining Agreement

You want to develop a strategy beforehand. The strategy will address points like: 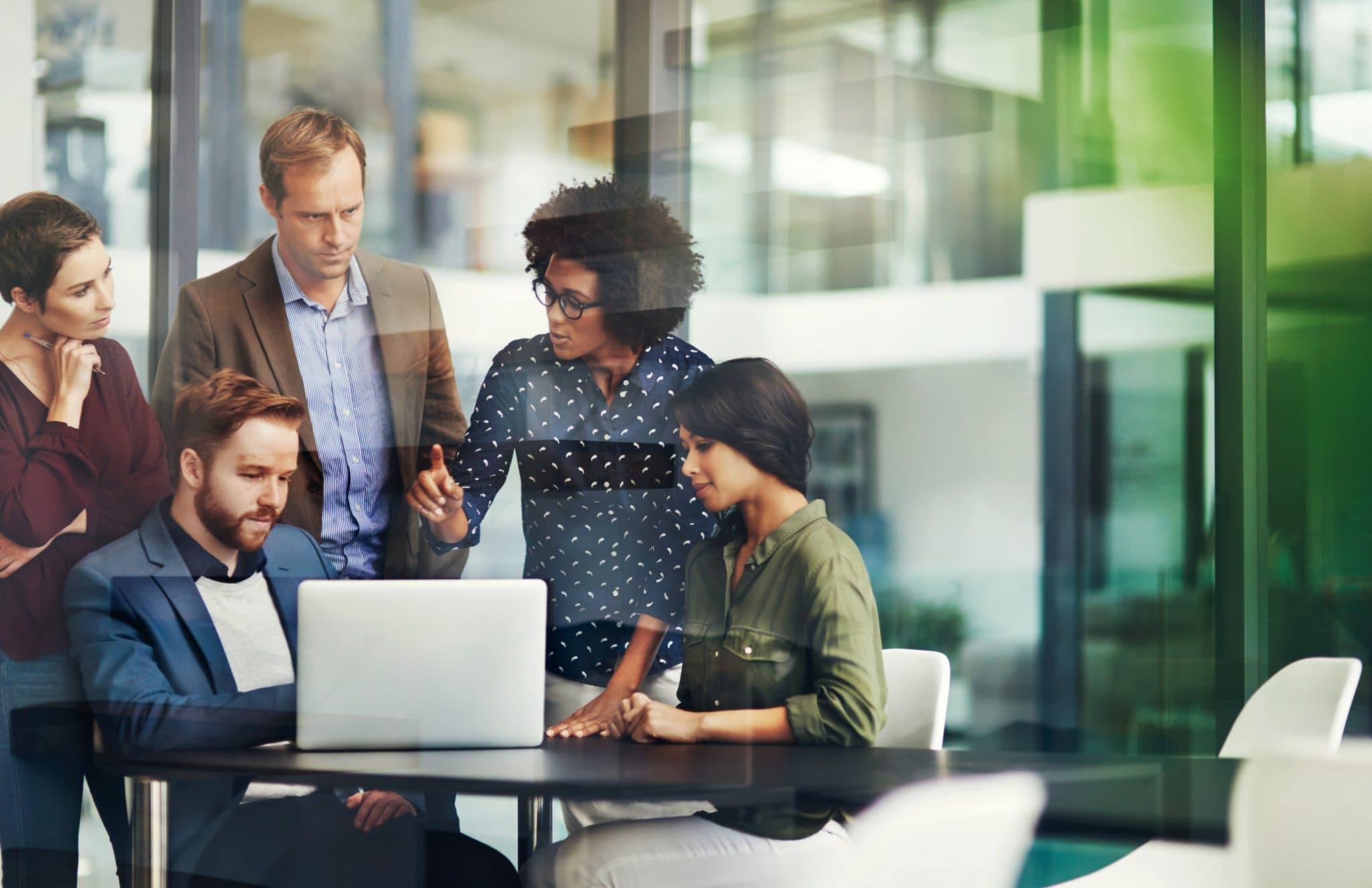 Who should be on your contract negotiating team?

You need a management negotiation team that represents the company. To prepare for your first collective bargaining agreement, the team should consist of a:

You will need to learn as much as you can about the union committee members. Research who they represent, what their membership is thinking, the business agent's interests or obligations, etc. Find out where the real power sits because that's who your negotiating team will focus on.

What are some best practice communication strategies we can apply without overshadowing the union and without losing control of communication to staff?

You must bargain in good faith with the union. It’s the law per the NLRA (Section 8(d) & 8(a)(5)). There is a long list of things you cannot do, covering everything from refusing to bargain to failing to meet at reasonable times to making changes to wages or terms of employment before negotiations start.

It's an unfair labor practice to refuse to negotiate, but you aren't required to come to an agreement or make concessions. This gives you some real power in the negotiations process, except your employees could go on strike!

However, the NLRA also conveys some employer rights that fall within good faith bargaining efforts. The National Labor Relations Board (NLRB) assesses the negotiation process based on both the things employers can and can't do. Among the things you can do are the following.

Whether or not you reach an impasse, the negotiation best practices involve before, during, and after communication with employees. The HR Exchange Network suggested nine best practices for achieving successful negotiations while meeting employee needs at the same time.

If a stalemate occurs at the negotiating table, take a break. You can rework your proposal using data and financial information your professionals provide, and present an alternate proposal! #unionnegotiations #collectivebargaining

Tips for a Successful Negotiation Process

Get your free guide to managing the collective bargaining process - instant download!

What methods do unions use when they negotiate a contract?

Of course, you want a win-win negotiation process, but what does that mean exactly? Can you try to get the best concessions for your business and maintain a win-win balance? Lawrence Susskind, Ford Professor of Urban and Environmental Planning at MIT and President of the Consensus Building Institute, wrote the book Good for You, Great for Me: Finding the Trading Zone and Winning at Win-Win Negotiation, and he says, "yes!" Applying his principles to negotiating your first collective bargaining agreement, a win-win doesn't require you to:

Katherine Shonk is the editor of the Negotiation Briefings newsletter published by the Program on Negotiation for Harvard Business School. She outlines the ways a win-win negotiation process may unfold that may not obviously appear to lead to mutual gains.

From the Union Perspective

"Place a higher priority on discovering what a win looks like for the other person." – Harvey Robbins, business psychologist and President of Robbins & Robbins.

What Robbins is saying is that you have to understand everything you can about the union at the negotiating table. The employees who voted for the union have conveyed some authority to the union negotiating team members to be their voice at the table. These employees believe the union levels the playing field with management.

The Teamsters online bargaining manual offers a lot of insights into their perspective on negotiating a strong union contract and the various tactics and ways to apply pressure on employers and successfully negotiate to avoid impasse, break a deadlock and gain concessions. Following are a few of the insights gleaned from this document.

First, the union encourages employees and other stakeholders to take an active role in helping the union win concessions. These activities are factors in the negotiation process and demonstrate the extent to which unions are willing to go to win what they want. The union is regularly communicating with employees. The Teamsters recommend:

Instead of starting the negotiations with a positive perspective, the Teamster manual says, "Assume that pressure tactics will be necessary and start planning for them well in advance of the start of negotiations. It may be tempting to wait to see if you can reach an acceptable settlement without going to all the trouble of developing possible pressure tactics. Unfortunately, by then, time will be on management's side because most strategies and tactics will take considerable time to organize effectively."

A major element of the union negotiating strategy is communicating with and moving to action the bargaining unit employees. The idea is for the union to show your leadership team they have employees supporting them and are the voice of the employees.

Negotiating from a Position of Strength

The union will be preparing for negotiations in a way similar to your preparations. It will gather financial information about the employer, gather wage and benefit data for the bargaining unit, study previous negotiations in the area with competitors (since this is the first contract), and getting employee feedback as to what they want to see in the union contract proposal. The union will analyze employee grievances, evaluate area wage statistics and the economy, and check to see if you are part of a larger company that has contracts with the Teamsters.

The Teamster manual also discusses the psychology of negotiating and much of what it says also applies to your company negotiating team members. The items mentioned include things like not reacting to the other side's statements, presenting as a unified team, starting with easy items first that both sides can agree on, finding areas of compromise, not trying to guess the other side's position, not inadvertently narrowing your rights and challenging the other side to prove its claims.

The Teamster training manual also says the negotiating team, union officers, and worksite leaders should be trained on unfair labor practices. "Management is very likely to commit unfair labor practices," it reads. It goes on to say that workers who strike over ULPs proven to the NLRB can get their jobs back. Workers who strike for a better contract don't have to be reinstated if they are permanently replaced.

Once again, many of the Teamster's suggestions for best practices during the bargaining meetings are the same things your team should do. They include taking well-detailed notes and maintaining composure. The ultimate goal is to avoid an impasse. The suggestions include:

Can I communicate with workers during contract negotiations?

Here is some good news. You can communicate with your employees during contract negotiations. It's not just the union that connects with employees. Though some or all of your employees chose to vote for a union, you're still striving to keep all employees engaged. The best way to maintain employee engagement is by keeping your workers informed. However, realize you are walking a fine line between communicating the facts and interfering with union activities.

Some of the guidelines include:

One of the best ways to maintain employee engagement and positive employee relations is with a union negotiations website. It can serve your purposes before negotiations begin by enabling your company to take control of the story. During negotiations, it efficiently keeps employees informed and enables 24/7 access. The website can also share progress updates, factual information on the impact of changes proposed (i.e., wage increases or promotion policies) and clarify misleading statements and false rumors.

One of the best ways to maintain employee engagement and positive #employeerelations is with a union #negotiations website. It can serve your purposes before negotiations begin! #collectivebargaining #unionfree

Some companies also issue a virtual newsletter, post online videos, create a FAQ webpage, send texts with links to helpful resources, and so on. The three rules of thumb are to not negotiate with employees, never communicate in a coercive manner and always, always stick with the facts.

Not just anyone can successfully negotiate a union contract. The leaders involved in the process need scenario training and manager coaching and support, and your company should access whatever external resources it needs to ensure you get the very best contract possible for your business and employees.

Clearly, securing the first collective bargaining agreement is not easy. That's why so many companies turn to professional resources like Projections, an IRI company, for support with your negotiations strategy, contract comparisons, competitive research, media relations, leadership training, security prep, employee communications, corporate campaign tactics, and even your negotiations website development. During the year or more it takes to secure a collective bargaining agreement, you want all the right pieces in place for success.