What are the Stages of Team Development?

Teamwork promotes higher productivity and creativity, but achieving those goals requires team development. Team-building or team development is not a simple leadership skill because people can’t be ordered to feel comfortable with or trust each other. Anyone who understands the process of strengthening employee engagement understands that developing any kind of relationship between people takes well-developed skills.

Team development is a staged process, and your leaders need the skills and patience to guide team members through the stages. Beyond that, effective leaders also know how to keep the team development process on track when its members change, and the equilibrium is altered. Psychologist Bruce Tuckman introduced the five stages of team development that provide a basis for understanding the leadership skills needed for guiding teams through the stages and towards high performance.

Bruce Tuckman introduced the 5 stages of #teamdevelopment that provide a basis for understanding the leadership skills needed to guide teams to #highperformance. #leadershipdevelopment

The first four of the “Tuckman Stages,” as they are called, of team development were introduced in 1965 as “forming, storming, norming and performing.” In 1977, Tuckman collaborated with Mary Ann Jenson and added a fifth stage called “adjourning.” The five stages of team development recognize several common psychological characteristics of people.

The Tuckman article in the Psychological Bulletin addresses social group activities and group task activities. In group task activities, Tuckman said the four stages are orientation, emotionality, opinion exchange, and the emergence of solutions, which became forming, storming, norming, and performing. As the stages progress, the team leader (referring to your manager or supervisor leading the team) will rely on different skills to keep the development progressing.

Following are descriptions of each of the stages of team development and the leadership skills needed to help the team succeed.

In the forming stage, team members explore how they fit and how their capabilities and skills compare and integrate. The team structure is developed, and team members are careful to avoid conflict because they want group acceptance. Team members are overly polite, already beginning to decide who they will work best with, and striving to identify tasks and processes each may want. They assess whether the group has a good chance of success. Trust in each other as team members and trust in your leader as a team guide is not developed yet. Members will also avoid any topics that might lead to conflict.

The leadership skills needed during this stage are the following.

Your employees are getting used to the idea of working together, but the team leader is establishing the basis for moving forward into a less cautious stage. The mission, goals, and operating rules are set.

At the storming stage, group members begin to act more assertively. This makes sense because each member has had time to think about their perceived role and whether there is alignment between the team’s mission and operating rules and their personal beliefs, feelings, and values, especially as they relate to the other people on the team.

This is called the storming stage because the team members may argue, engage in power struggles and object to work requirements. Conflict develops among members, and in some cases, one or more members may question the leader’s authority and competence. People are worried about their workload, jealous of one or more members, and have trouble setting realistic goals. The reality of the task at hand is realized, which dampens excitement.

The leadership skills needed at this stage include the following.

At this team development stage, team members are testing each other to see if or how they can work together productively. To move to the next stage, your employees must reach a level at which they can effectively communicate with each other. In some cases, the team is unable to get past this stage. 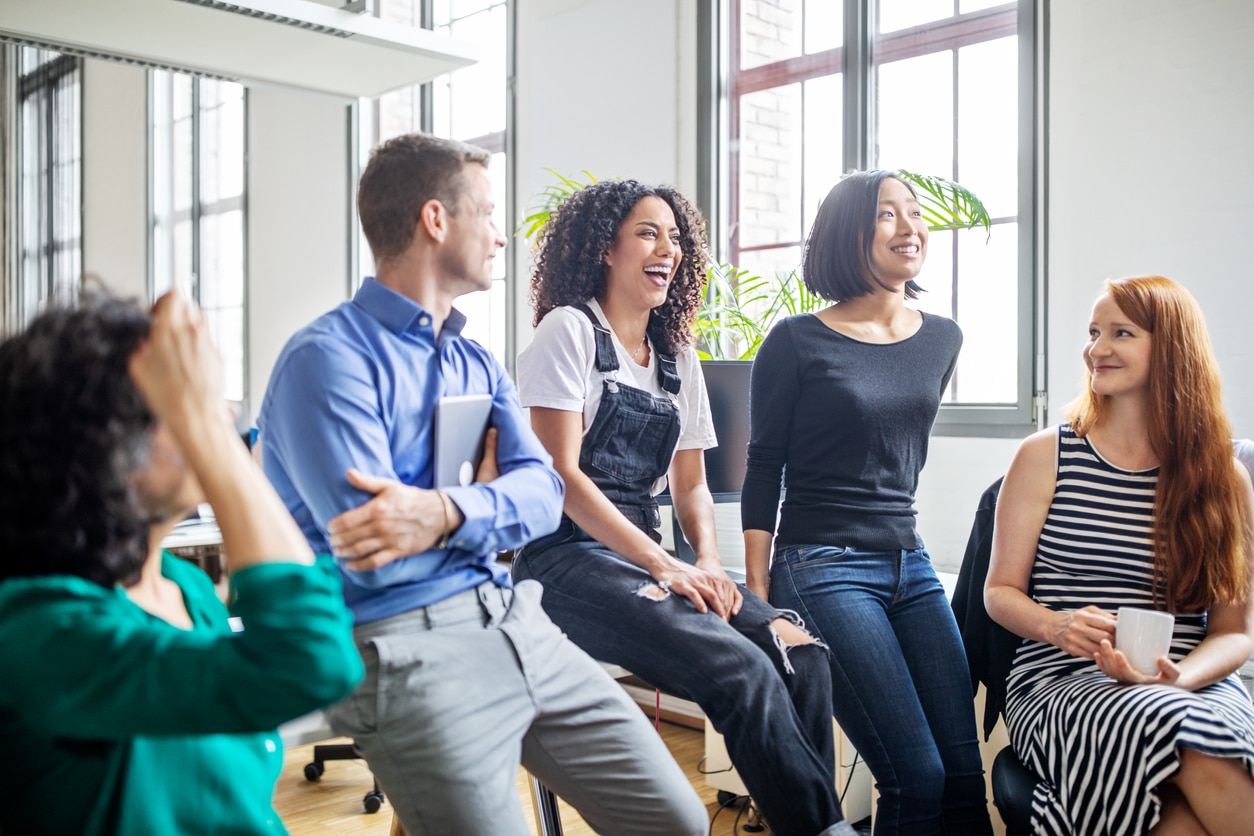 At the norming stage of team development, the team becomes cohesive, and members develop trust. The group is comfortable with their working relationships, has developed a means for conflict resolution, and strives for consensual decision-making. Appreciation for each other’s strengths develops. No one member has too much power. In fact, there is shared leadership between the group members and between the organizational leader and the team members. The team members feel a sense of belonging, acceptance, and safety in expressing different perspectives, criticisms, and ideas. The employees have a voice.

The leadership skills needed during the norming stage include the following.

The leader is required less as the stages progress if the team is cohesive and performing well. A well-functioning team has members that trust each other, enabling productive shared leadership. The team members are willing to be creative, collaborative, share feedback, and explore different ways of approaching tasks. Your team leader must remain on alert though for signs of team complacency. If that appears, the leader will need to help team members regain their enthusiasm.

A team that reaches the performing stage is a fully functioning team that is independent. It is a high-performance team. The members are confident in their roles, can organize and reorganize tasks to achieve goals, work well as a full team and in smaller subgroups, and leverage each other’s strengths. Team members have empathy, develop bonds and find pleasure and satisfaction in their work and team participation. They work collaboratively, and everyone is making decisions and sharing information and ideas to reach mutual goals. They also now see the team as a venue for personal development and creative expression.

Leadership skills needed to guide the performing stage include the following.

Positive team member relations are strong, and the team now functions interdependently because the employees are self-motivated.

The adjourning stage occurs when the team has achieved its goals and the team disbands. Since interdependence was formed, there might be real feelings of letdown and sadness for some members. There are also employees who will experience feelings of relief that the team was successful and their workload can return to normal. At this stage, team efforts are evaluated.

Leadership skills needed for the adjourning stage include the following.

Tuckman’s five stages were developed to describe a team that eventually is not required any longer or a team that completes a project. It could be any type of team, from a technical team working on a new software system to a leadership group formed to develop strategies to stay union-free. 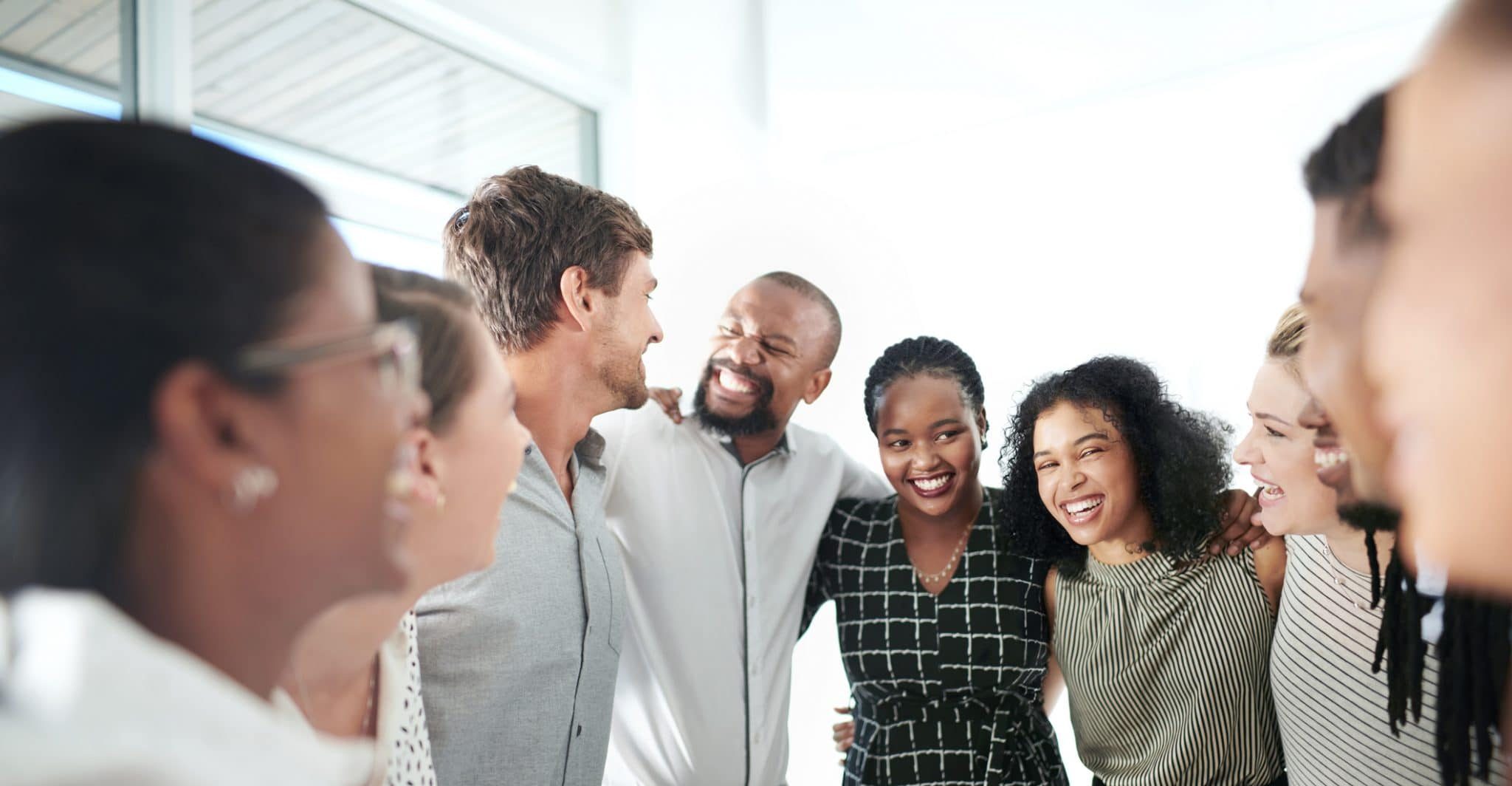 Consider Each Department as a Team

A department of employees is also a team. Of course, a departmental team would not end, even after goals are met for a departmental project involving all employees or when a department has met performance goals. The adjourning stage would signal the start of the first four stages again. If the team members are the same, the forming stage is when the leader reinforces department members as team members and establishes new goals or presents new challenges. This is one way you can ensure your employees find meaning in their work, a requirement of millennials and Gen Z when assessing as an employer of choice. A second point to keep in mind is that creating smaller teams within a department is an excellent strategy for helping employees develop collaborative skills and work on concrete goals.

Anything learned from a prior team development process is applied. Departmental team development is a recurring cycle. Any work team doesn’t start fully formed and ready to function fully. Another point to consider is that teams may go back and forth between the stages, especially when team membership changes due to events like an employee resignation or status change like a promotion to a supervisor position in a different function. Team leaders should regularly review the status of the team and adjust leadership behaviors as appropriate for the stage of team development.

Creating smaller teams within a department is an excellent strategy for helping employees develop #collaborative skills and work on shared goals. #teambuilding #teamdevelopment

Every Team Must Overcome Challenges

Leadership skills development is important to help teams reach their performing stage. Some of the challenges that teams can fall victim to without effective leadership include unclear goals, lack of trust, lack of employee engagement, and a tendency to rush through the first three stages. Each stage needs time, and there is no set time duration. A lot depends on the skills of team members and the goal complexity but also your leadership’s ability to coach the team to success. An effective leader is a facilitator, coach, and mentor who helps the team mature and succeed.

How To Successfully Guide Team Members Through Change

Learning Development: The Hype About HiPos