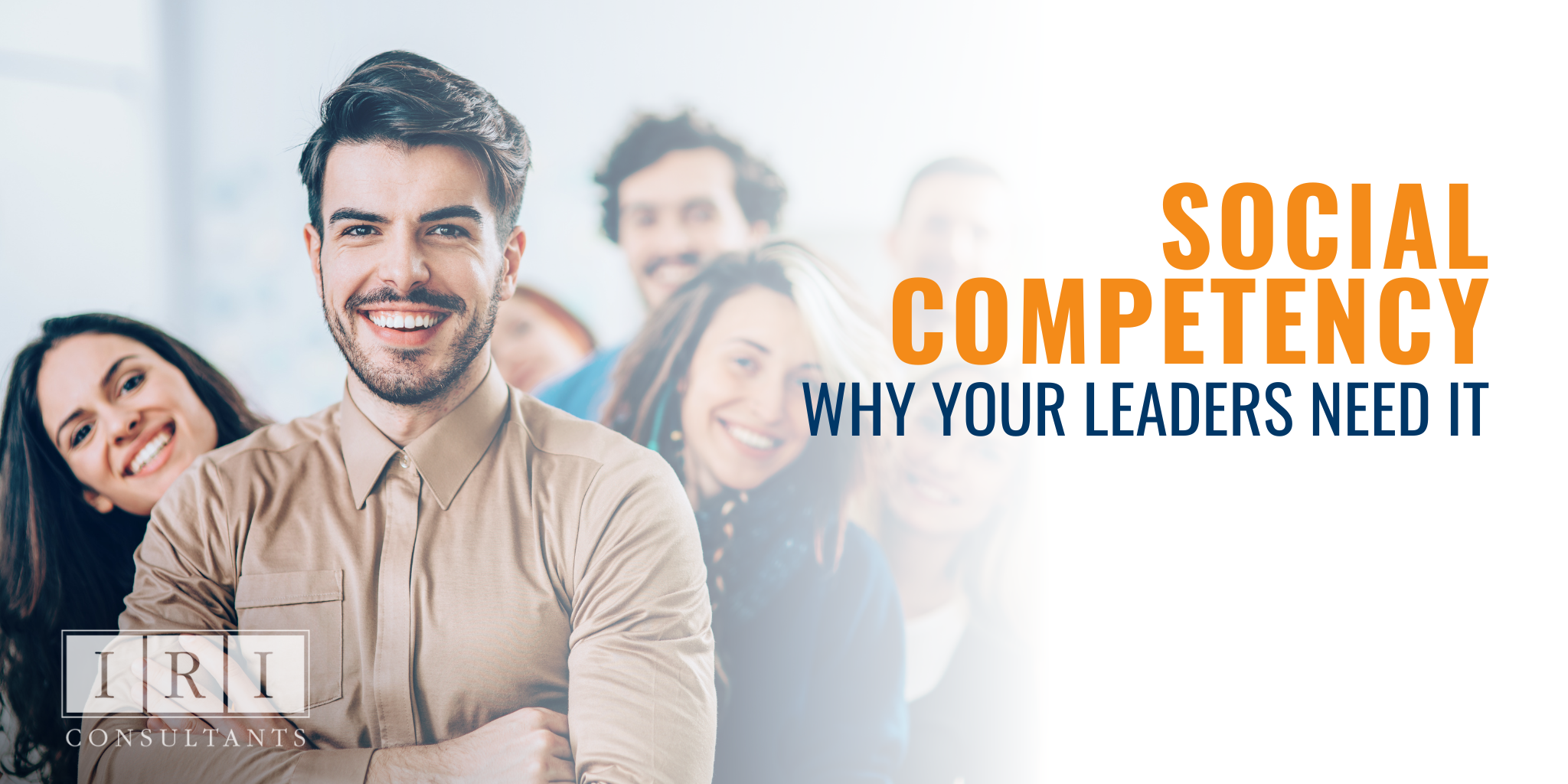 Social Competency: Why Your Leaders Need It

Social competency is a crucial leadership skill that requires self-awareness and the development of social skills to lead to positive interactions in your workplace. An embodiment of the behaviors associated with social competency is pertinent to effective communication within your staff and will set the tone for an engaging environment. Consider the following scenarios that are probably taking place in your organization right now.

A lack of social competence is expressed in so many different ways.

"It's just the way my manager is…"

What do these situations have in common? Each leader has low social intelligence expressed through their social incompetence. They don't consider or understand what other people are feeling. All have poor communication skills and a lack of empathy for others. They also have trouble controlling emotions in difficult situations and an unwillingness to assume responsibility for leadership mistakes. Everyone knows people with these qualities, but the natural reaction is to say, "That's just the way he/she is!"

These kinds of manager outbursts and behaviors are damaging to the organization, especially if they regularly happen. They make people feel abused, unappreciated, and not respected. They create a culture of fear rather than one of engagement. Leaders without social competence contribute to the perfect formula for driving employees to another company or to unions.

How do you think the union rep will respond to the employee? It will be with close listening and empathy while reinforcing the employee's feelings. The employee has turned to the union to find someone or some organization that cares. As a result, the union rep goes out of the way to be that caring person. The union representative is demonstrating social competence, while the employers showed a low level of social intelligence.

Korn Ferry's survey of employees at 700 businesses found people believed that working for a supportive boss was more important than earning more. It's natural for an employer to think that money is the top driver of retention and productivity. However, social intelligence is more important and a major factor in determining the quality of leadership.

Social intelligence is the ability to get along with people and gain their cooperation. It's one element of Emotional Intelligence (EI) with the others being self-awareness, self-management, and relationship management. It refers to a person's level of knowledge of interaction styles, social dynamics, and strategies for achieving objectives while interacting with others. Social competence is the expression of social intelligence. Dale Carnegie popularized the concept in his famous book, "How to Win Friends and Influence People," even though the term "social intelligence" was not used.

Many psychologists, social scientists, medical researchers, and management consultants have researched and discussed social intelligence, attempting to define its competencies. Competence categories are social awareness, empathy, and organizational awareness. It's how well you recognize other people's emotions and what they are thinking.

Awareness of Others and Not Just Self

Social competence is intricately entwined with the other three elements of EI. For example, socially aware leaders are able to sense another person's feelings and show interest in their concerns. The awareness of others' perspectives then guides the ability to maintain good relationships by positively impacting employees, managing conflict, increasing team productivity, and giving helpful feedback. Awareness also increases self-management or the ability to control outbursts and negative responses during difficult situations. It also helps to maintain a positive outlook, be adaptable and look for better ways to do things.

Developing awareness of others, and not just self-awareness, is important to be a good leader. Expressing that awareness through social competency can defuse a hostile confrontation, calm distressed employees, make others feel understood and supported, and prevent angry damaging outbursts. Social competencies include leadership skills that engage employees and help keep an organization union free.

You are not born with social intelligence or social competency traits. They are learned. You learn to interpret people's verbal and nonverbal cues that offer insights into their feelings and perspectives. You learn to listen, ask questions, and thoughtfully respond. Additionally, you learn to express empathy or the ability to put yourself in another person's shoes and understand their thoughts, emotions, and intentions.

Ultimately, social competence is expressed in many different ways.

Social competency is a powerful concept that plays a big role in keeping unions out. Every day, employees approach unions and file complaints with the NLRB claiming unjust labor practices. In reality, they are using these actions as ways to express feelings their employer is abusive and resentful over how management treats the workforce. Socially competent people are said to have "people skills," and these include the leadership communication skills that naturally keep unions out.