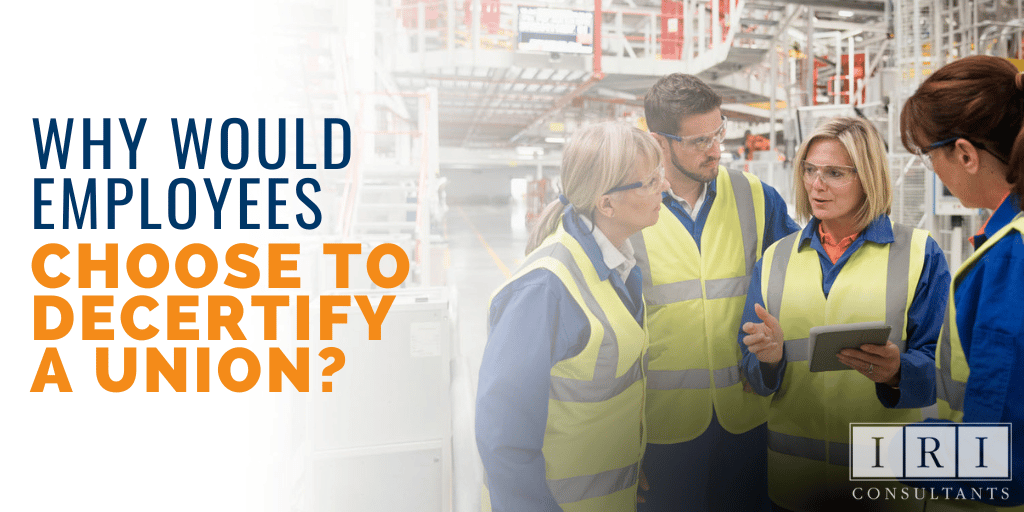 Why Would Employees Choose to Decertify a Union?

Table Of Contents
1
Glancing at the Statistics That Tell a Story
2
Need some help providing employees with the knowledge they need when it comes to decertification?
3
Examples of Recent Decertifications
4
ULPs and Decertification
5
Points to Keep in Mind
6
Never Overreact if Employees Wish to Decertify a Union

Labor union decertifications don't get much media attention, which is not surprising in today's pro-union environment. Even if they are reported, the information provided tends to be sparse. Yet, hundreds of decertification petitions are filed each year as employees use their National Labor Relations Act (NLRA) rights to end unionization. Why do employees decide to decertify a union, some after decades of belonging to a union? There are varied reasons. It may be due to the union failing to act in employee interests in some manner, and others are due to employers developing positive employee relations and meeting employee compensation, benefits, and working condition needs, meaning there is no reason for employees to pay union dues.

Glancing at the Statistics That Tell a Story

It is estimated that more than 90 percent of union members never voted for a union. It only takes 50 percent plus one of the employees who vote to vote in a union, and in many union elections, a significant number of employees don't vote but end up in a union. Plus, every company has employee turnover, and new hires are required to join an existing union in most union contracts. Over time, the longer the labor union is in a company, the more likely more employees didn't vote for a union than did. Unions don't have to go through a re-election process once formed either, and decertification is a difficult but doable process. Employees may think it's easier to just go with the flow, so to speak, rather than take on the union.

In 2021, The National Labor Relations Board (NLRB) reports that 240 decertification petitions were filed, 125 elections were held, and 75 of them were lost by the union. This was during a COVID year. COVID behaviors impacted the statistics, and there is really no way to know for sure how 2020-2021 would have played out concerning labor union elections and decertifications without COVID changing the dynamics in workplaces.

Horton Law, PLLC reviewed the 2022 union decertification election statistics and said, "Employees are more likely to try to vote their union representative out in 2022 than in the two previous COVID years." Once again, it begs the question of whether this would hold true if there weren't COVID years distorting statistics. Following is an interesting August 2022 analysis by Horton Law.

If there's just an increased sentiment toward greater unionization throughout the country, then that might explain why representation petitions are up, but as it turns out, we also have a 42 percent increase year-over-year in the first three quarters of filings of decertification elections. Notably, there is no Starbucks impact because there have been no decertification elections involving Starbucks. In fact, there probably couldn't be yet because all of the Starbucks that are unionized have unionized in the last year.

So, what does that all together say? We have a 42% increase in decertification elections year-over-year and only a 36 percent increase in representation elections if you take out the Starbucks cases entirely. I think that's pretty good evidence that the numbers are just not showing some dramatic increase in employee sentiment of now wanting to become unionized. I'm sure in some workplaces, that is the case, and maybe there's a Starbucks impact on some other similar restaurant operations. But on the scope of the private sector industry at large, I think it's hard to look at this data and make any generalization that there's an enhanced interest in unionizing.

As IRI Consultants have previously discussed, you should not assume your workforce will unionize just because NLRB union approval rating percentages are up. By the same token, you should not assume your employees will want to remain in the union. Looking at the decertification statistics, if your company is unionized, decertification is always a possibility in many industries. In both situations – unionization and decertification - it's up to employers to take the right steps to build a positive organizational culture, strong positive personal relations, and a high level of employee engagement.

Need some help providing employees with the knowledge they need when it comes to decertification?

Some recent decertifications give clues as to why the employees chose to decertify their unions.

These employees will now be eligible for supplemental life insurance for themselves and dependent life for their spouses and children. In addition, eligible employees will have the option to participate in the company's 401(k) plan, including company matching and profit sharing.

These employees will also now be eligible for 40 hours of vacation after just 90 days of employment, an additional 40 hours after 180 days, and 80 hours after one year.

In addition, employees are now able to deal directly with the Human Resources office if they have any concerns or issues instead of going through a third party, which often slows the resolution process.

Being in a union and subject to a union contract was harming the plant employees. Employees at the poultry plant had been represented by unions for 44 years, so this was a major vote for these employees.

In the same Mountaire Farms poultry plant, the employees who were members of the Teamsters Local 355 voted 140-29 to decertify the union in March 2022.

We work for the top healthcare organization in the world, yet we were continuously being told not to trust our leaders or those that expressed varying opinions from our union representation. MNA did little to advance its mission within our community and hear our voices to promote the types of change we need in order to help recruit, retain, and align our practice to better care for our patients.

Filing a decertification petition for any reason doesn't automatically mean the NLRB will accept it. The NLRB denied an April 2022 petition filed to decertify the Harvard Security Guards' Union 32BJ Service Employees International Union that was representing 300 contracted security workers who are employed by Securitas.

Walter Terzano, who filed the petition, called the union terrible and said, "There's nobody there for them [union members]. It's a diseased organism that they cannot rely on for help because the union is there for the company, not for us."

However, Terzano filed an appeal of the NLRB denial, and you can still learn from the process. ULPs play a big role in decertification because it's one way for the union to delay or overcome certification efforts. The different ways decertification elections are held up include:

Blocking charges are stall tactics. They are allegations against an employer that are meant to delay decertification elections and are not proven and are not related to the employees' wish to oust the union. Current NLRB rules say the union is forbidden to indefinitely stall worker-requested votes based on the blocking charges. However, the NLRB indicated in its rulemaking priorities that it was going to look again at blocking charges which attorneys are interpreting to mean they will be allowed once again.

Points to Keep in Mind

A union decertification action may seem a hopeful path to ending unionization, but employers must remain vigilant about adhering to the NLRA when dealing with the union. Company size doesn't matter, either. The mean unit size of bargaining units filing for representation elections was 56 employees. So a decertification can take place in any size company. 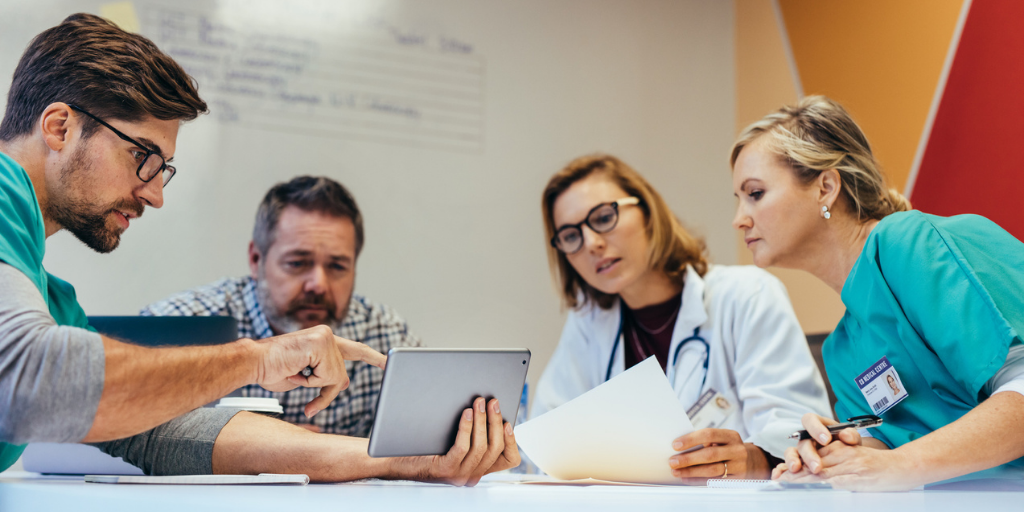 Never Overreact if Employees Wish to Decertify a Union

When employees want to decertify a union, it's tempting for the employer to overreact when they are not labor-wise. Very few employers want to negotiate with unions concerning employment terms and may see developing or maintaining positive employee relations as an impossible goal. The employees have filed decertification petitions because they are unhappy with union representation, meaning the employer is doing something right. Employees are saying they think they can have better relations with their employer without a union.

Always remain aware of union activity in your area, the national trends, and NLRB decisions that could affect your workforce. Consider seeking experienced labor consultants who can explain decertification and the steps employers can take that could lead to this action. It is a complex process, like most processes associated with the NLRB, and can head in many directions, as the examples demonstrated. Our team of experts at IRI Consultants can explain decertification!

What Can We Learn from TikTok, Free Weed, and an Amazon Union Campaign?