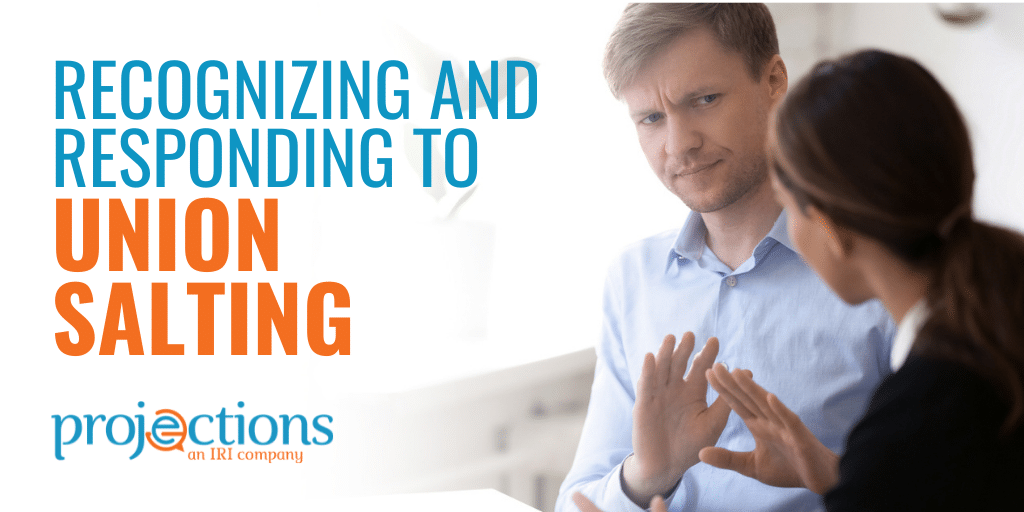 Recognizing and Responding to Union Salting

Table Of Contents
1
What is Union Salting?
2
Recognizing the Signs of a Union Salt
2.1
Common Salting Signs and Strategies
3
Responding to Salting
4
Employer and Employee Rights
4.1
Know Your Rights – Stay Within the Law
5
Role of Bias
6
How to Protect Your Company from Union Salting
7
The Formula for Staying Union-Free

While union salting is a legal act, it tends to be frowned upon by the employers who hire the “salter.” In 2018, the U.S. Court of Appeals for the Eighth Circuit found that the staffing agency Aerotek, Inc. violated the NLRA by not considering or hiring salts. In Aerotek Inc. v. National Labor Relations Board (No. 16-4520, No. 17-1206), four members of the International Brotherhood of Electrical Workers (IBEW) were trying to find jobs through Aerotek and hoped to advance a salting campaign. As innocuous as it sounds, union salting presents an area where employer vulnerability to union organizing is significantly increased due to this court decision and a labor union-friendly NLRB and Biden administration.

Projections and the UnionProof team have spent several decades helping organizations to improve engagement and keep workplaces union-free by establishing a culture where unions simply aren’t necessary. Today, we’ll cover the basics of union salting, how to recognize the signs and strategies, and share how you can best protect yourself from this kind of activity.

What is Union Salting?

“Union Salting”  is a labor union strategy in which a union-backed person applies for a job in a particular company to start union organizing. The union normally pays the person to be a salt. The salt can attempt to hide the real intent for seeking employment (covert salt) or be direct about their intentions (overt salt). Some people find a middle ground, leaving it up to the employer to interpret language on the resume and job application or during a job interview. Interpreting language is treacherous ground for the employer because it’s easy to violate the National Labor Relations Act. (NLRA).

In the Aerotek case, the IBEW workers made their intentions clear: After employment, they were going to recruit Aerotek-placed employees working on non-union job sites. So Aerotek didn’t place any of the salts. An administrative judge found that Aerotek violated Sections 8(a)(3) and 8(a)(1) of the NLRA, which prohibits employers from restraining or coercing employees in the exercise of their Section 7 rights. Upon appeal, the Eighth Circuit clarified that an NRA violation occurs if:

Recognizing the Signs of a Union Salt

Do your organizational leaders know how to spot a union salt? The signs of a union salt can be overt or covert, as mentioned. It is the grey area that creates the biggest challenge. The grey area is when a job applicant’s language or activities makes him or her a suspected salt, but there is nothing to prove one way or other if it’s true. In many cases, salts are silent on the topic of labor unions in the hopes the interviewer won’t get suspicious. Remember, the union salt’s goal is to get hired to gain access to the workforce.

So how do you recognize the signs of a union salt? There is no easy answer because it’s like putting puzzle pieces together unless the person declares being a salt. You can learn how to spot a union salt during a job interview or after hiring by understanding the common strategies. 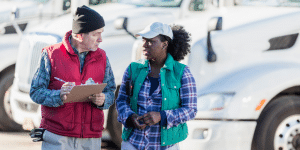 How you respond to salting depends on when you discover union salting is attempted or was successful.

Suppose you suspect a job candidate is a salt. In that case, you must not ask the applicant anything about the person’s perspective on unions, if he/she supports union or has been involved in a union organizing campaign. You can only ask for more information specifically related to determining the person’s qualifications for the job.

If a job candidate says he/she is affiliated with a union, you should only explain the affiliation doesn’t impact the assessment of qualifications and doesn’t make any difference in the talent management process.

If you hire a salt, you can’t terminate the person just because the person is pro-union or trying to start a union organizing campaign. You can do two things. First, you should adhere to your HR policies in all personnel matters. Organizational leaders will continue conducting job performance reviews, coaching and training the employee, and conducting supervisory duties without bias. Second, if you become aware of an effort to start a union organizing campaign, like finding a union authorization card, then you must follow the law and not single out the salt.

You don’t have to hire a salt just because the person is associated with a union out of fear you will be charged with a ULP if you don’t. You must treat the person fairly, assessing the person’s work experience and other qualifications as to whether they are a good fit for the position.

The National Labor Relations Act guarantees employees “the right to self-organization, to form, join, or assist labor organizations, to bargain collectively through representatives of their own choosing, and to engage in other concerted activities for the purpose of collective bargaining or other mutual aid or protection.” Section 8(a)(1) states that it’s an unfair labor practice for any employer to “to interfere with, restrain, or coerce employees in the exercise of the rights guaranteed in Section 7” of the Act.

The salt has the right to talk about work issues and unions with coworkers. You can’t legally interfere with that right. We suggest reviewing the UnionProof article NLRA Section 7: Understanding Your Employees’ Right to Choose. It’s very important to remember that employees also have the right to oppose unions. Just because a salt tries to unionize the workplace doesn’t mean he or she will be successful.

Know Your Rights – Stay Within the Law

UnionProof discussed 30 steps an employer can take in response to signs of union organizing and stay within the NLRA requirements. You may find reviewing the article What are Employers Rights Against Unions? helpful. You can also read the blog Breakdown of Employee Rights During Union Organizing which explains how an employer can inform employees of their rights to oppose organizing and stay within the law.

When a salt is involved, be careful not to single the employee out. Targeting a salt with negative management actions to discourage unionizing will lead to charges of Unfair Labor Practices. For example, reprimanding the salt for poor performance with the intent of terminating the employee will lead to a ULP if the employee had great performance reviews until identified as a salt. The NLRB and Administrative Law Judges will look at the “totality of circumstances,” meaning what you’ve done in the past are considered when looking at employee-related actions.

Bias in recruitment and interviewing are thought of as applicable to treating people differently based on something like race, ethnicity, gender, disability, etc. Bias is a much broader concept in the HR arena. You can show bias against a job applicant who you suspect or clearly supports unions. You can’t change the questions you ask someone during an interview because the person has union sympathies. This makes a case for hiring managers to use standardized pre-employment interview questions and an interview committee rather than a single interviewer.

The decidedly pro-union American Prospect addressed the use of pre-employment tests to screen out likely union sympathizers. These tests include testing for job skills, cognitive abilities, and personality. The personality tests have helped employers screen out people who like to support causes and identify employees likely to unionize.

American Prospect says there are strong legal arguments that the NLRB could issue new rules to restrict or ban personality testing based on past precedents that prohibit direct and indirect questions asked of job applicants and employees that can be used to identify union supporters or “troublemakers.” Of real concern to employers is summed up by American Prospect writing, “The payoff from preventing employers from screening out “troublemakers” or identifying those who manage to slip onto the payroll could be a significant improvement in the ability of workers to build a critical mass of union supporters to expand collective bargaining across the country.”

You can expect to see a lot of activity in this direction during the Biden administration. 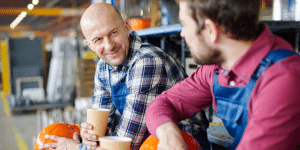 How to Protect Your Company from Union Salting

The key question is: How to protect your company from being salted by a union? Following are some guidelines.

The Formula for Staying Union-Free

There is no definitive formula for responding to union salting because the approach a salt takes is adapted to the organization. Though there are elements that greatly increase your ability to stay union-free – positive organizational culture, good employee communication system, engaged workforce, and trained leaders are just a few. Projections, Inc. can provide the resources and tools you need to develop the customized formula that adds up to keeping unions out, even if a union salt makes it into the workforce.

How Do I Ensure My HR Policies and Procedures Don’t (Unintentionally) Break Any Laws? What is the Average Cost of Hiring a New Employee?