What Is A Union Authorization Card? 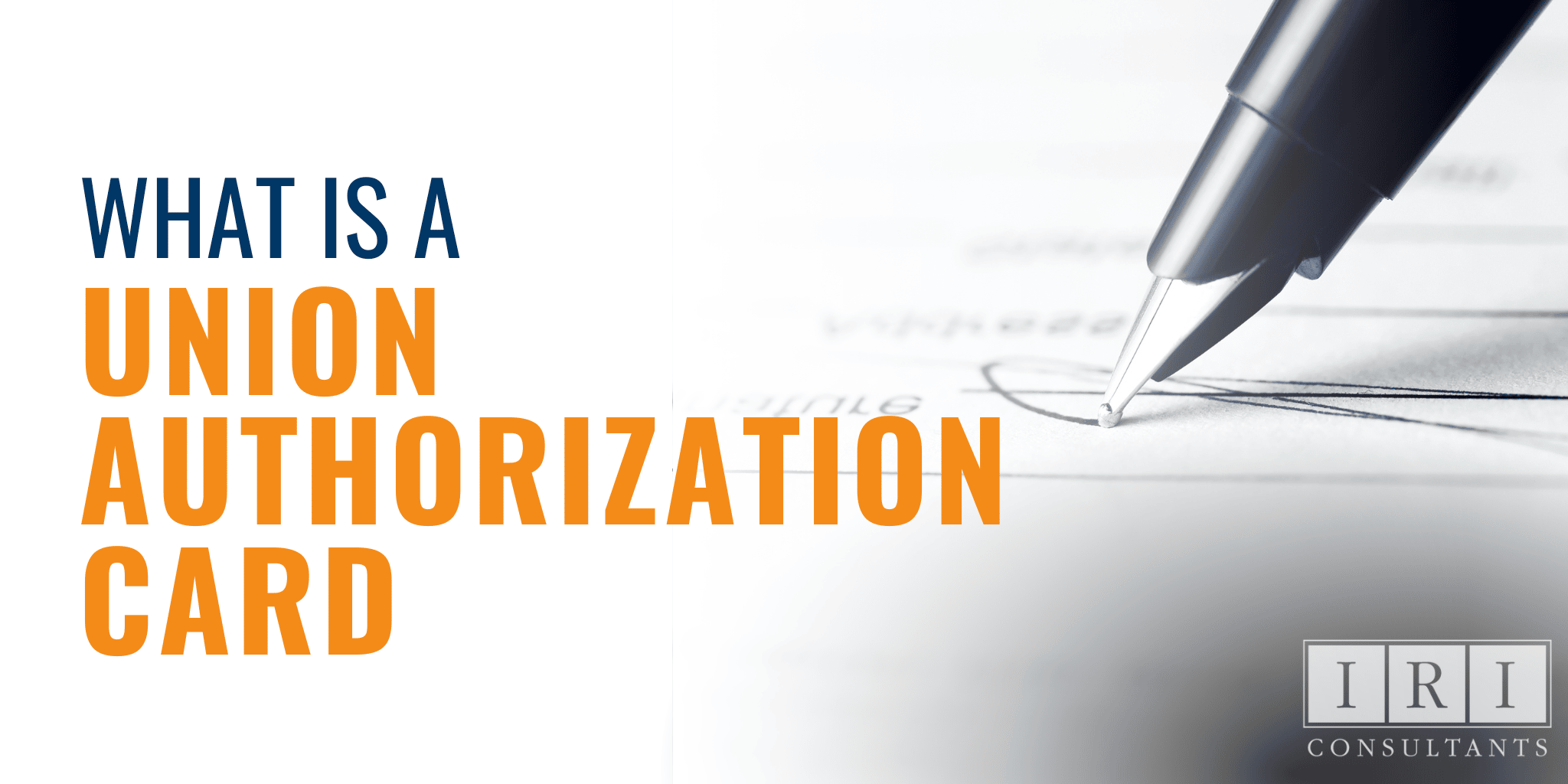 What Is A Union Authorization Card?

When unions begin targeting employees, their focus isn't on winning an election. At least, not at first - primarily because they can't hold a secret ballot election until and unless they can show that employees are interested in representation. So, really, then, what is a union authorization card? In the beginning stages of a campaign, union organizers' objective is to gather employee signatures, and every time a team member signs a union card, the union is one step closer to that goal.

What Does A Union Card Do?

By signing a union card, individual members of a potential bargaining unit indicate that they are interested in the opportunity to participate in the election process. Once the union representatives have collected signed authorization cards from at least 30 percent of employees, the union can petition the National Labor Relations Board (NLRB) to hold a secret ballot election.

When interest in unionization is strong, the signed cards can take on an even more critical role in the process. If a union can demonstrate through signed authorization cards that 50 percent plus one member of the potential bargaining unit is interested in a union, an election may not be required. Instead, the Company can expect to hear from union representatives directly, requesting voluntary recognition of the union as the employees' exclusive bargaining representative.

The issue with union cards isn't immediately apparent, because signing the card does not commit you to vote for the union. However, the fact that there is no commitment makes it far easier for unions to reach the 30 percent mark - and often the 50 percent mark - quickly and easily. The process is even faster now that employees can sign using electronic forms. Through the use of email and social media, unions collect signatures from individuals who haven't yet formed a firm position on the subject, and employers have less time than ever to offer important education and information.

Once a union authorization card is signed, the cards are generally considered valid for approximately 12 months - but there is no firm rule on when your signature expires. Employees do have the right to ask for their card back, and by doing so, they can revoke their signature. However, this process is at best, challenging, and gets even more cumbersome when you sign an authorization card via an online form. If you've signed a card and want to ensure it's not counted, send written notification to the union that you wish to rescind your union card.

Companies can educate employees on union cards by sharing the video, "Little Card Big Trouble."  In just 17 minutes, this video educates employees on the power of their signature and how union organizers get those signatures. "Little Card Big Trouble" is the industry standard in education on the topic and includes powerful role-play scenarios with which employees can identify. Stop card signing by educating employees on the power of union cards and the importance of protecting their signature. Click here to learn more.