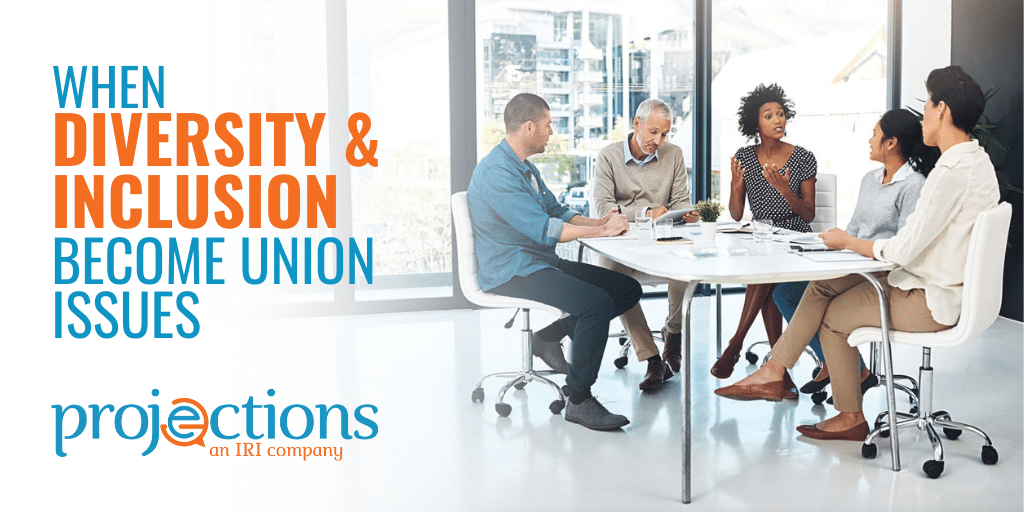 Producers of the musical “Hamilton” published a casting call that said the show was seeking “nonwhite men and women” to audition. Actors’ Equity (the union representing actors and stage managers) criticized the language, saying it needed to be changed to clarify the auditions were open to anyone. The producers revised the wording, making it clear that all ethnicities were welcome, but also saying the cast would be diverse because the principal roles were written for non-white actors.

Unions are increasingly using “diversity and inclusion” issues as a basis for workplace complaints. This means you, as an employer, can anticipate an increase in union claims of illegal labor practices in the workplace citing Diversity & Inclusion. It’s ironic because multiple unions are under fire for not adequately diversifying their own membership. Buffalo, New York trade unions are a good example: Erie County’s workforce is 17 percent minority, but minorities only make up 11 percent of unionized construction workers.

Per the Bureau of Labor Statistics, union membership continues to decline – 11.1 percent in 2015 to 10.7 percent in 2016. In the private sector, union membership is even lower in 2016 – 6.4%. To reverse the trend, unions are seeking relevance in the modern workplace, and Diversity & Inclusion are two of the most relevant issues today. In fact, the AFL-CIO (and affiliated unions) offer to help employees file discrimination charges with the U.S. Equal Employment Opportunity Commission.

Title VII of the Civil Rights Act of 1964 “prohibits employment discrimination based on race, color, religion, sex and national origin.” The 53-year old law has been amended several times to include bans on discrimination based on pay and disabilities, and terms like “sex” are now broadly defined. Title VII is taking on a new role as a tool for unionization. Workplace discrimination is not just a union issue, but it’s become a platform for unions seeking relevance. If you haven’t clearly communicated and enforced your own Diversity & Inclusion policies, unions have a new way to readily gain a foothold with your employees.

Balancing Act For All Employee Rights

As the workforce continues to diversify, employers need to stay current on the application of laws and cultural interpretations of what constitutes discrimination. A good example is a public discussion on the rights of people identifying as transgender. It’s a difficult issue for employers who must balance the rights of all employees. Should an employer allow transgender employees to use the workplace restroom or locker room facilities corresponding to their gender?

Unions are always looking for ways to gain entrance into the workplace. Charges of discrimination are fairly easy to make and not difficult to prove, given the current high-level sensitivity surrounding discrimination issues. The AFL-CIO created the Labor Commission on Racial and Economic Justice in 2015 and quickly began pushing unions to expand the scope of their focus beyond wages, working hours and working conditions. Unions are moving away from a strict focus on collective bargaining and union member representation, to embrace social and economic justice as union issues. This creates complex challenges for Human Resources professionals.

The implications for employers are clear. You need well-developed Diversity & Inclusion policies that meet legal requirements. It’s critical to provide supervisor training on the policies and nuances of discriminatory behaviors, and for workplace leadership to regularly communicate relevant policies and communication procedures to employees. Your procedures should clearly state the process for filing a discrimination charge, so employees know they can talk to management first.

The reality is that many employers will be dealing with union organizing if they don’t make a sincere effort to adhere to Diversity & Inclusion-related laws and principles and fail to communicate workplace policies and procedures. Regular leader and employee training can be delivered via workshops, videos, websites, and interactive e-learning software programs. Frequent reminders that there is a no-tolerance policy for discriminatory behavior by any employee, including executives, is an excellent strategy for union avoidance as unions step up their unionization efforts through charges of workplace discrimination.