The Real Effect Unions Have on Wages 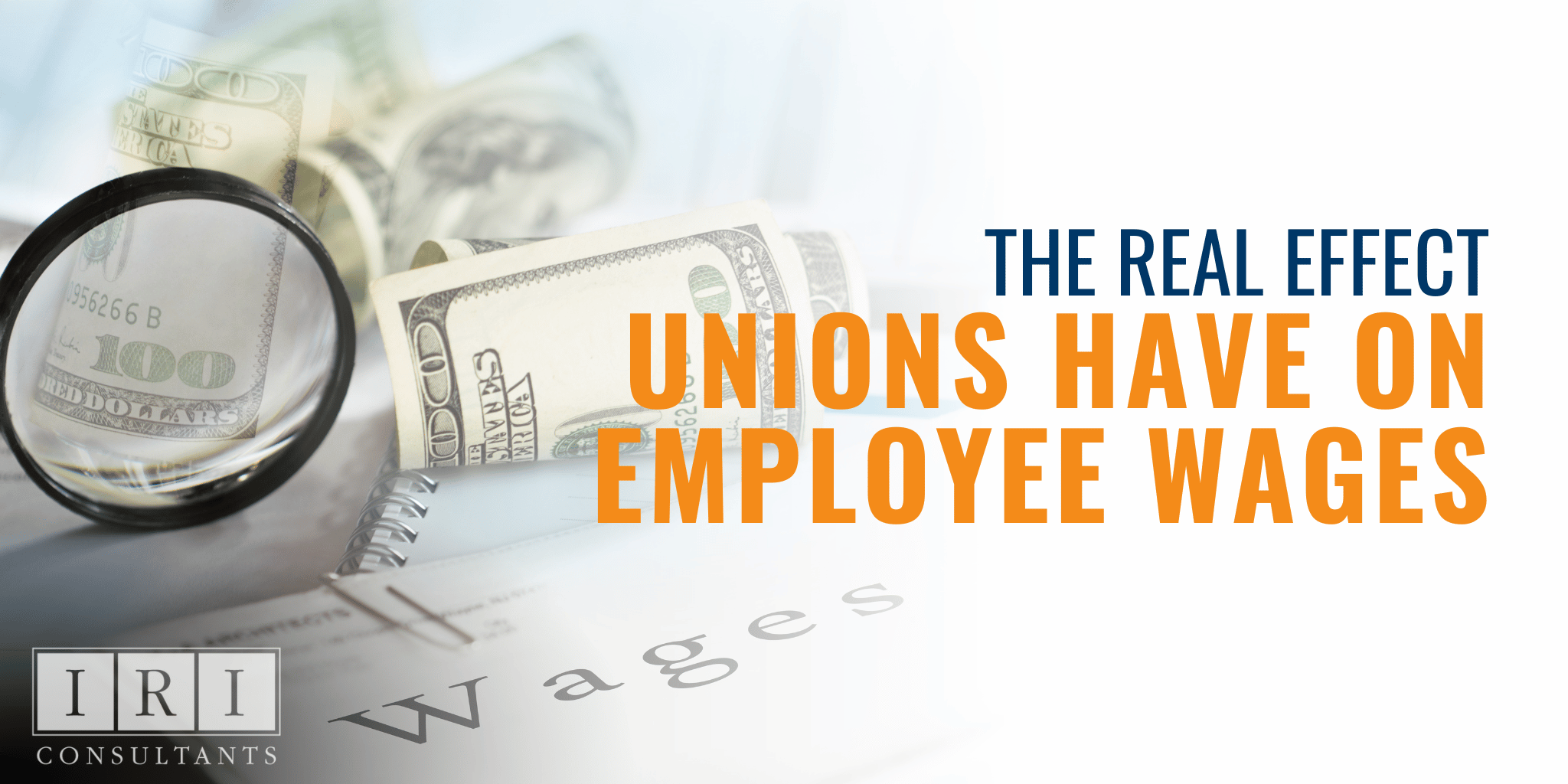 The Real Effect Unions Have on Wages

Table Of Contents
0.1
Workforce Skill Composition a Major Factor
1
Getting Real About Wages
1.1
No Proof in the Proving

One of the mantras of union representatives is, "Union employees earn more." Certainly, the unions eagerly point to various studies that report union wages are as much as 20 percent or more than non-union wages. However, when economics are involved, the real effect unions have on wages is more complex. Wages are subject to labor supply and demand in the marketplace, and arbitrary interference in wage rates has a ripple effect on the number and type of available jobs.

Economists say that unions shouldn't take credit for the higher wages. This statement is backed up by economic research on the real effect unions have on wages, detailed in lengthy reports and papers. Economists, unlike unions, consider the proverbial "big picture." In summary, when wages go up, job availability goes down because employers must control costs to stay in business. Sometimes, employers also lay off workers to cover the cost of wage hikes. Additionally, jobs are frequently restructured so that job responsibilities match the higher pay, making fewer jobs available for lower-skilled workers. Only considering the wage rates distorts the truth because quoting wage rates excludes the people who are priced out of the labor market and unemployed.

One Brigham Young University research study found that, after union representation, there was a decrease in payroll and earnings after employees elected to unionize. The decreases were "primarily driven by changes in workforce composition in response to a union victory." Higher paid employees were more likely to find new jobs, leaving younger and lower-paid workers behind. The researchers found no evidence that employees who stayed with the company after unionization earned more. This throws cold water on union claims they raise the wages for all employees. The skill composition of the workforce needs inclusion in calculations in order to get to the truth.

Pepperdine University Professor of Economics Gary Galles offers a different perspective with the same conclusion. Government laws and regulations impact wages, with the unions having special government-designated powers like exemption from antitrust laws. Union contracts prevent the employer from hiring people who can do the work and are willing to accept lower pay. Unions claim this forces the employer to raise everyone's wages in order to retain employees.

Once again, artificially increasing labor costs lead to the employer, in many cases, reducing the number of jobs available. Employers cannot just raise the price of products or services sold to cover the cost of payroll increases. Carrying the impact into the marketplace, the employees that are laid off or unable to get a job must now compete for jobs. Competition drives wages down. Since union members are approximately 6.5 percent of the private workforce, unions are actually reducing the incomes of 13-out-14 workers.

All wage hikes have an impact on employees and the labor market, whether or not they are due to unions. This became apparent in 2018 when some states decided to raise the minimum wage. Washington D.C. voters approved a minimum wage increase to $15. Starbuck's closed 150 U.S. stores, partly in response to the wage hike. Walmart did something similar. On the same day it raised entry-level wages for hourly employees, the company announced it was shutting stores and laying off thousands of employees. Though the employees are not unionized, the unions played a large role in the wage increases by encouraging and assisting labor activists to do things like picketing stores and lobbying state representatives.

Getting Real About Wages

1. More productive employees earn higher wages - Unions claim they can negotiate higher pay for employees. In reality, higher pay rates are due to the fact that employers in unionized companies are often more selective in the hiring process, needing to hire more productive and higher quality workers. Union contracts make it very difficult to terminate employees, even when their performance is sub-par. Employers have an incentive to pay more to attract, hire and retain productive skilled employees since it's much more difficult to dismiss a unionized worker.

2. Unionization drives out top performing employees - Research indicates the middle class has shrunk because employees are earning more even as union membership declines. MIT Economist Brigham Frandsen decided to explore whether unionizing increased average pay in light of this fact. He learned through research that private-sector employee wages actually fell by 3 percent at newly unionized companies, and the primary reason was that top performing employees often leave their companies.

3. Collective bargaining is a gamble for employees and can lead to stagnant wages - Several studies have compared the wages of workers at companies whose employees vote to unionize with those that remain union-free. More often than not, unionizing didn't raise pay for new union employees. This doesn't prove that unions cannot raise wages. It does show that collective bargaining is a risk with no guaranteed outcome. Some employees may earn more, but some will earn the same or even less after unionization.

Unions don't like to discuss the fact that union contracts set the maximum wage amount for union members. Employers cannot reward high performers with a pay raise, and the ability to promote employees is confined by union seniority rules. Collective bargaining can lead to stagnant wages over time.

4. Unions target successful companies - Unions portray themselves as the defenders of workers at the mercy of small, weak companies. The truth is they seek to organize larger and more profitable companies, as those companies have a greater number of employees and more profits. That equates to more people paying union dues. When a company's workers believe the company is doing well, they're more likely to think they aren't getting "their fair share" of the profits. In reality, larger and more profitable companies often provide better wages and higher incentives, with or without a union presence.

No Proof in the Proving

There are plenty of articles "proving" union employees earn more than non-union employees. It is only a small portion of the story because the full impact of unions on the labor force and the workforce is not included in the discussion. Looking only at gross wages is misleading, but it makes for good union slogans and promises the union is unlikely to keep. Staying union proof is just as important today as it was when union membership numbers were rapidly increasing and unions were more powerful. The proof is in the complex economics of the labor market.