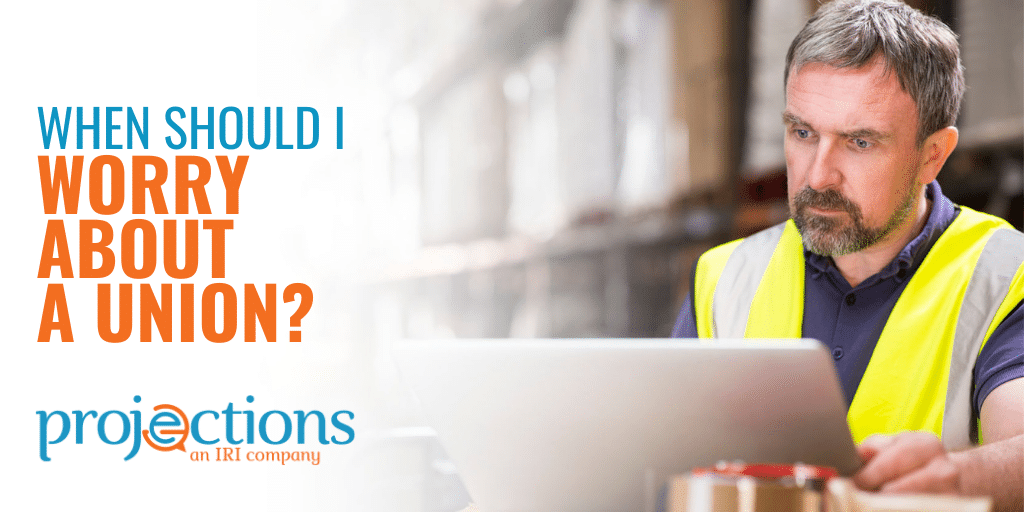 When Should I Worry About a Union?

If you're in charge of HR, knowing when unionization is a real threat is essential. Union organizers are always on the lookout for vulnerable workers, and they may target your employees if they feel that your company mistreats them. If you're asking, "when should I worry about a union?" it's critical to understand that the best approach to this is a proactive one.

With this strategy, leaders develop positive employee relations in which employees believe they are treated fairly and can discuss issues with their managers and supervisors rather than resort to a labor union. Of course, there will always be employees who are never satisfied or have issues with their leaders, and they are the ones who become the initiators. For this reason, in the proactive era, you need both a proactive union avoidance plan and great employee-employer relations.

In order to stay union-free, you need both a proactive plan AND great employee-employer relations. The goal is a workplace culture that fosters trust between management and team members, where all employees are treated fairly and with respect.

Knowing When to Worry About a Union

Any company of any size is vulnerable to union organizing. There are companies with as few as 20 or fewer employees who have chosen to join a union. The answer to the question, "Can a union organize my employees?" is a resounding "Yes!" It is important for your managers and supervisors – the people closest to employees on a day-to-day basis – to develop the ability to recognize signs their employees are thinking about or talking to unions.

There are sometimes obvious signs indicating the first step of union organizing is in progress. For example, a supervisor notices workers have union materials inside their lunchboxes. A manager may notice employees congregating before and after work in the parking lot and having deep and sometimes animated discussions. Recognizing a change in employee behaviors with no obvious explanation is not always easy, especially if your leaders are not well-trained in understanding patterns of behaviors that point to unions.

We have previously discussed the signs of union involvement with employees. Some are subtle signs of union organizing, while other indicators of union organizing are more obvious. You may walk into a lunchroom and find a union authorization card someone carelessly left lying on the table, but it's seldom that simple. Following are a few more examples of how employee behaviors should alert your leaders to possible unionization.

Of course, you also need to be alert to union activity at local businesses, especially among competitors. Should I Worry About a Union Organizing My Employees?

Unions are more active today than they have been the past decade. They have the help of the current administration, giving them a national voice of support, and are emboldened by the status of the labor market. As a result, strikes are on the increase. Workers across multiple industries and U.S. geographies U.S. are striking and protesting.

The 10,000-employee John Deere strike is an indicator of what is happening in the labor market. The employees have not struck since 1986 and voted down a contract offer. The rejection surprised the employer and union leaders because there was a generous wage increase offered. Employees said the contract proposal didn't offer raises that meet inflation rates, and they don't want pensions eliminated for new hires. There are many aspects to this strike that let employers across the U.S. know that things are very different in the labor market today compared to the prior ten years. Employees are:

Labor attorneys keeping track of union organizing efforts predict a return to favorable union guidance coming out of the NLRB, like a return to quickie elections, expansion of the community of interest for determining bargaining units, and strong support for micro-units.

Every non-unionized employer should be asking: Should I worry about a union? The answer is a clear yes, whether or not you see signs of union organizing.

How Can a Union Organize My Employees?

Unions can organize your employees in multiple ways. They can use the traditional method of talking to employees, but they now have several ways to communicate with people due to technology. You may see your employees congregating in the parking lot after work. If the discussion is about possible union organizing, you are assured they are also sharing their contact information with union organizers – email addresses, social media accounts, and personal phone numbers. Unions may have invitation-only apps your employees can add to their smartphones, so everyone can chat in private. Virtual union organizing is commonplace now.

It all begins with the union recruiting a few employees who are interested in unionizing, and they become internal leaders for unionizing. The implication is that even a single sign a union may be trying to organize your employees should be taken very seriously. Never tell yourself it's just "one or two employees." When you see a sign, the first question that should come to mind is: Should I worry about a union, and do I need to act on that worry?

Again, the clear answer is: Yes, and yes. You need to quickly address any signs of union organizing.

What It Means to Be an Employer of Choice

Being an employer of choice means much more than being able to attract top talent and keeping employee turnover low, and it also means your workplace is more likely to stay union-free. When you are an employer of choice, the employees trying to organize a union are less likely to make progress recruiting their coworkers.

The recent attempt to unionize Amazon is a great example. The employees who spoke out about their reasons for not joining a union mentioned all the good aspects of working there, including being able to talk to their managers about issues. The union tried to give Amazon an image as an uncaring employee, but it didn't work because a majority of the employees felt differently.

There are two aspects to taking a proactive union-free approach. One is to become an employer of choice, which creates a protective barrier between labor unions and your workforce. The second aspect is to take a proactive union approach when responding to the signs of unionization.

Becoming an employer of choice and assuming a proactive union approach are intricately tied together. You can only become an employer of choice by taking all the steps that help you stay union-free. For example, an employer of choice is a business in which employees trust their leaders to make decisions that keep the interests of employees in mind. Employees believe they have a voice and can express their concerns without fear of retribution. Employees who have a high level of trust in management and a voice in the company are not likely to listen to pro-union coworkers.

Becoming an employer of choice and assuming a proactive union approach are intricately tied together. The goal is a #positive #workplace culture where #unions are simply unnecessary.

Yes, even an employer of choice can find itself asking: Should I worry about a union? Yes, you should always, in a sense, worry about unions because unions are always ready to unionize your workplace. A better word than worry would be to stay mindful of unions. They don't turn their backs on a workplace where employees are satisfied because their philosophy is this: Find a few disgruntled employees and leverage their negative perspective to convince others they are not working for a good employer.

We have previously shared how union efforts are largely based on emotions and not necessarily reality. Positive employee relations become the key to staying union-free because satisfied employees may listen to what the pro-union employees are saying. They may take the union flyer and stick it in their lunchbox but never get around to reading it out of lack of interest. They might meet in the parking lot and listen but go home and forget the whole conversation.

That is the power of positive employee relations which includes high employee engagement. They influence employee behavior inside and outside the workplace. 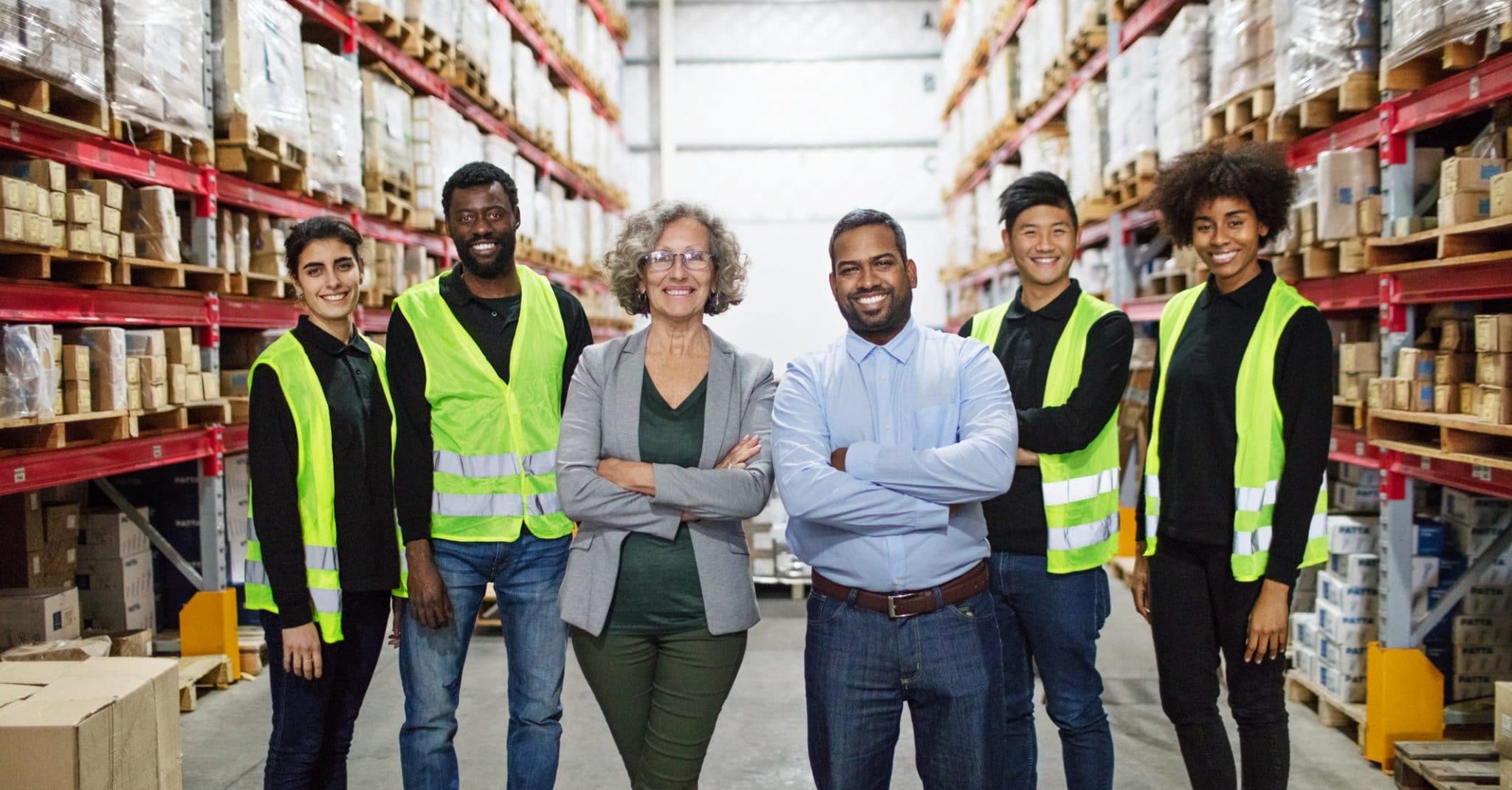 What is a Proactive Union Approach?

Taking steps to become an employer of choice includes assuming a proactive union approach. When you ask, "Should I worry about a union?" the answer is yes, but your workplace should have proactively prepared for the day the signs of unionization appear.

If there is no response plan in place before signs of union organizing are in place, it's time to contact professionals with experience in keeping workplaces union-free. They include labor law professionals and expert management consultants. All your leaders must understand how they can legally respond to organizing efforts. The quicker you respond to the union activity in a legal, non-threatening manner, the more likely you will stay union-free.

Unions never "go away." Some employers adopt the attitude that ignoring the signs and not stirring the pot will lead to union efforts fizzling. That doesn't happen. Anytime unions can get any number of employees interested in talking to them, you can count on the union being relentless in getting a formal union organizing effort going. It's a process, and responding as early in the process as possible is important.

The Benefits of Being Proactive In Your Union-Free Approach

We have discussed the importance of being proactive in your union-free approach. When positive employee relations are firmly embedded in the workplace, the risks of unionization are greatly diminished. That doesn't mean there aren't some disengaged employees in your workplace who are likely to pursue unionizing. It's extremely important your managers and supervisors act in a quick, positive, and proactive manner as soon as any signs of union organizing are detected.

Your leaders need training in staying union-free through positive employee relations. They also need training in properly responding to signs of union activity and re-engaging the workforce. "Should I worry about a union?" and "Can a union organize my employees?" employers ask. Our answer is yes and yes; you should worry but address that worry with appropriate leadership and employee training. Worrying without taking action is futile. Be proactive in improving employee engagement now, and stay union-free later.

How Amazon Stayed Union-Free in Bessemer, Alabama: A Case Study

Am I Prepared for Union Organizing?