Labor Law and How Labor Consultants Can Explain It - from UnionProof 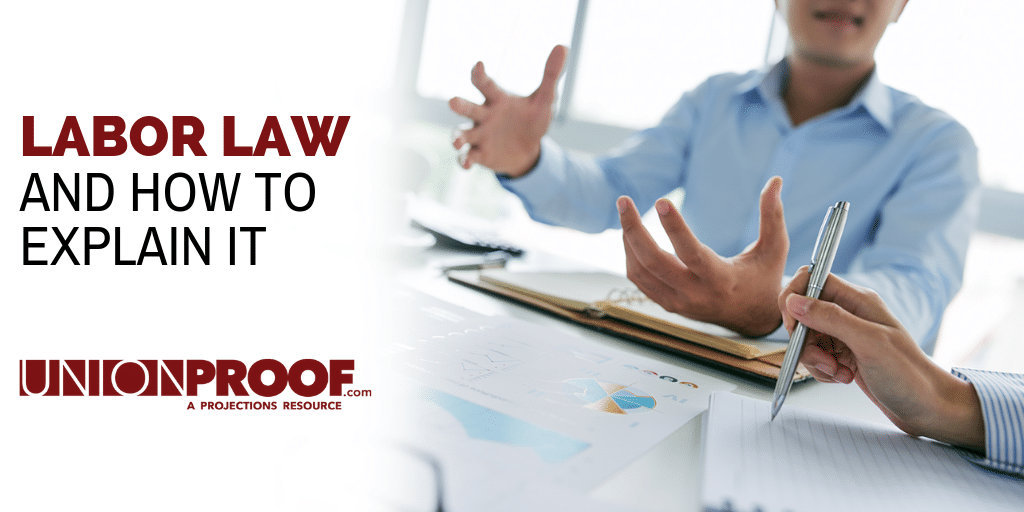 Labor Consultant Tips & How to Explain The Law

Tagged with: labor law, UP: Recognizing

Labor consultants often struggle to explain the complexities of labor law to their clients. Employers don’t want long, drawn-out legal explanations of the laws. They need examples that are relevant to their company that lets the employers know how a law would affect them rather than just hearing what the laws state.

Picture a manufacturing plant where two employees happen to meet, start chatting, and end up comparing wage rates. One of the employees tells another who tells another, a usual event in the workplace. The first two people (A & B) are entry-level employees and making more money than the second two employees (C & D), who are more skilled. The more skilled and now dissatisfied employees approached the company’s president about their pay rates, and he responded by saying “he would take care of it.”

A supervisor then requested to meet with the two less-skilled employees A & B and told them the company president would decide whether they would be fired for causing trouble over wages. The two employees were fired later that day. One was told he was being fired because he was a poor performer who had exaggerated qualifications during an interview. The other was told he was fired because he was mentally unstable and was trying to steal tools. The employees took their complaints to the National Labor Relations Board (NLRB), which decided their employee rights had been violated, and the reasons given for the firings were not true.

Labor Law In The Real World

This is a real-world case (Strongsteel of Alabama and Tony McGinty and Eric Bracewell), and a case in which it’s clear the President of the company and the supervisor weren’t familiar with the National Labor Relations Act (NLRA) protected concerted activities and unfair labor practices; or if they were, they didn’t understand how the law is applied in the real world. If they did, the President wouldn’t have so obviously lied about the reasons for termination, wouldn’t have called two employees who had excellent work records “troublemakers” and would have made sure the supervisor didn’t seem to be interrogating the employees about a lawful NLRA protected concerted activity.

The law is not that complicated in and of itself, but applying it day-to-day in the workplace is challenging. Application of the law is a moving target because each NLRB decision seems to change the rules. Most employers are not labor attorneys and don’t have one on staff. When they call in a labor consultant, it’s to get an understanding of the law in order to stay out or get out of trouble.

Employers don’t want long legalistic explanations. Most businesses, especially small and medium-sized ones, usually have leaders at all levels who are on work overload already. Being afraid of saying the wrong thing adds a lot of stress and strain in the workplace. A stressful workplace is an indication of poor workplace culture, and that is a recipe for unionization.

The following are four communication tips for labor consultants who want to avoid complex labor law explanations. They will help to ensure that the employer understands how to avoid breaking the law and how to unionproof the culture.

Get Practical When Explaining Labor Law

Labor consultants who keep their explanations of labor law practical and logical will find it easier to keep a business leader’s attention. Practical explanations have high value for employers.

Believe it or not, there are philosophical theories about explanation. Ordinary Language Philosophy (Peter Achinstein’s theory) is a pragmatic theory that says an explanation is given relative to a set of instructions. In this case, the instructions are determined by the person asking the question. If an employer asks a labor consultant to explain ‘unfair labor practice,’ the explanation should be relevant to that one question. The explanation should not go off on tangents explaining the NLRB or union dues.

Achinstein talks about “non-explanatory” explanations that are scientifically or technically correct but incomprehensible to the person asking the question. So the first tip is to:

An employer likes to know what will happen to the business if labor law is unintentionally violated. The consequences can range from creating a disgruntled employee to unionization. In the scenario described above, word got out that the company President called the two people discussing wages “troublemakers” and the supervisor discussed potential termination in a formal private disciplinary meeting.

When the decision was made to terminate the employees, the supervisor did the actual terminating, telling the employees they were being let go for discussing wages. The consequence was that employees decided to file an official NLRB complaint, and the NLRB decided the NLRA section 8(a) was violated.

Explain The Cost Of Mistakes In Dollars And Cents

What is the cost of employer mistakes like this? You can only stay in business if you are profitable. Every NLRB case is costly, and labor consultants should clearly convey that message. The company will need to pay for labor attorney services; staff time will be redirected to dealing with the situation rather than doing productive work, and the NLRB will require “remedy.”

In the case example presented, the employer not only had the fees associated with paying the attorney and incurred the cost of lost productivity; the employer also had to pay the employees for:

This is just the expenses associated with one particular case. The expenses associated with unionization, should employees decide to organize, will skyrocket. There are also indirect costs to unionization, like the loss of flexibility in employer decision-making. That explanation hits home with company leaders who don’t want anyone telling them how to run their company.

The NLRB remedy had another cost that an employer may not consider. The NLRB ordered the company to either offer the terminated employees full reinstatement to their jobs or offer them equivalent positions without impacting their seniority. Of course, the employer also had to distribute notices to all employees and post notices on bulletin boards that explain how the employer violated federal labor law.

Right at the top of the notice is the statement, “Federal law gives you the right to form, join, or assist a union…” followed by a laundry list of the various ways the company violated the law and the remedy. The employer is forced to tell employees that they have the right to consider a union, even if unionizing had never come up before.

Employee engagement is all about the organization’s culture and the employee-employer relationship. The labor consultant should clearly explain the damage these situations do to workplace culture and the challenge of restoring trust in the workforce. If the two fired employees returned to work, there is no doubt that they would discuss how badly they were treated by management with their coworkers. To their victory, they would do so knowing that their supervisor can’t stop them.

It’s quite likely that they would also discuss the possibility of joining a union, setting the stage for a future union organizing campaign.

These tips offer ways labor consultants can discuss labor law without all the “legalese.” There are a lot of misconceptions that persist among employers. Many believe the NLRA mostly concerns large corporations or unionized workforces. It’s important for labor consultants to offer practical information that is directly related to the employer. They need to avoid talking like an attorney presenting a case to a judge in court. In fact, this holds true for labor attorneys, too.

Senior leaders, managers, supervisors, and Human Resources should be trained in effective and legal communication. They should be aware of the impact of violating the NLRA and in-house “remedies” that will hopefully solve any issues before it ends up as an NLRB case.

A good place to start is with a review of the employee handbook. No doubt there will be overly broad restrictions in it. Using an existing policy as a starting point for discussion directly connects the employer’s interests and labor law. Just be prepared for down-to-earth questions like, “Why can’t I tell employees to stop using their cell phones during work hours?” 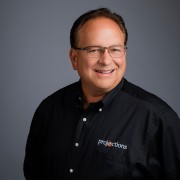