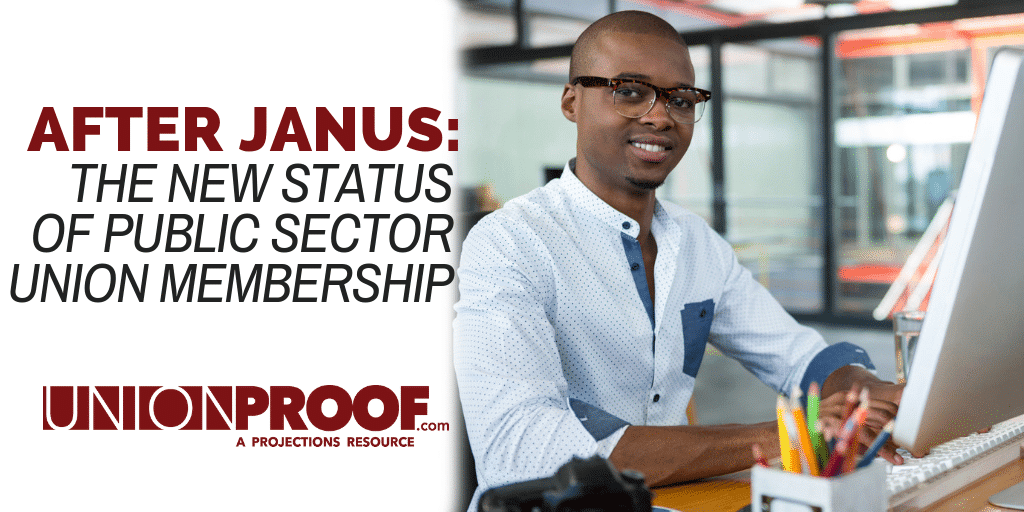 After Janus: The New Status of Public Sector Union Membership

The U.S. is an enormous country, so it takes a while to experience the full impact of new laws and regulations, and court decisions. In the June 2018 U.S. Supreme Court decision for Janus v. AFSCME, the judges ruled that unions couldn’t force public employees to pay agency fees, which are nothing more than mandatory union dues. Almost immediately after Janus, employees began dropping out of unions, and the trend for union membership is expected to continue downward for some period of time. It’s a story unfolding across the nation from coast to coast.

The available statistics indicate a large drop in union membership in general and massive declines in certain regions. The Freedom Foundation is tracking the numbers. Their research has found that 25,000 union members in the northwest region have already dropped out after Janus. The loss of dues equates to an estimated $27 million annually in union revenue. The Freedom Foundation research also found the Washington Federation of State Employees (WSFE) alone has experienced a 20 percent drop in union memberships of state agency employees (not counting community college employees) and a $400,000 per month loss of union dues and agency fees.

The same story is playing out across the nation. The National Education Association (NEA) said it has lost approximately 17,000 union members from April to October 2018. Since the Janus decision, the NEA has lost more than 87,000 members nationwide who once paid agency fees. In New York, the state stopped deducting agency fees from the checks of 31,000 state workers post-Janus. The NEA and the American Federation of Teachers (AFT) lost more than 85,000 agency fee payers since the Janus ruling, per the Department of Labor.

Down but Not Out After Janus

The union response to business after Janus has been to aggressively try to convince people to remain union members and to recruit new ones, costing them money that would have been spent on things like political activities. They are also increasing their member representation activities to showcase their usefulness to employees and to convince them to remain in the union. However, unions still represent over 14.8 million employees per the official annual Department of Labor statistics, and they are still very active. To think otherwise would be a serious mistake for employers. It also reaffirms the importance of maintaining strong employee engagement so your employees are comfortable approaching your managers with questions and concerns.

There are legitimate responses to the Supreme Court decision, like the ones just mentioned. There are also plenty of union scams taking place because they are desperate to maintain their membership. Before the Janus decision, the Service Employees International Union (SEIU) and AFSCME revised their union membership applications to say, in fine print, that union dues are irrevocable, and members only have an annual 10 or 15-day (depending on the union) cancellation period to opt-out. The goal, of course, was to make people believe they couldn’t stop paying union dues.

The unions also convinced people to sign a recommit form that many employees later found to be deceptive. The WFSE representatives told employees they needed current and new employees to sign new cards, also telling them they could opt-out at a later date. When employees tried to opt out after Janus, they discovered the card had small print that said an opt-out was only allowed during an annual 10-day period.

Some state employers, who were obviously union sympathizers, conspired with unions to continue deducting union dues from paychecks without their employees’ permission, saying the employee had to object to the deductions in order to end them. Opt-out schemes like this violate First Amendment rights, so the Freedom Foundation filed a class action lawsuit just several months after the Janus decision.

The Freedom Foundation is working to ensure employees know their rights and can stop the withholding of union dues or fees from their paychecks. The organization has developed an online opt-out form that people can submit to their union to ensure deductions are stopped. It’s a stop gap measure to make sure unions and employers adhere to the law. If they fail to do so, the form is proof of a violation.

It’s more important than ever that your managers and supervisors understand the law and employee rights, so they can accurately respond to employee questions and to inaccurate union claims. It’s just as important to stay on top of what the unions are doing legally and illegally to maintain members and revenues. The best defense is an offense consisting of leadership development and employee training.