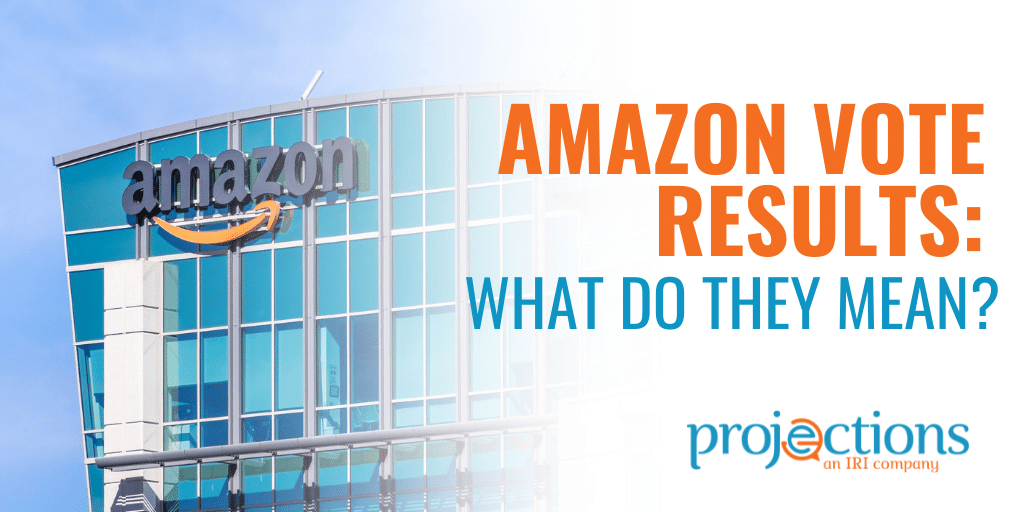 Amazon Union Vote Results: What Do They Mean?

Leading up to the Amazon union vote ballot delivery to the National Labor Relations Board (NLRB) on March 29, 2021, the pressure on employees to vote for unionizing at the Bessemer, Alabama plant grew intense. Supporters from other unions offered food and drink to organizers outside the facility and handed out pro-union material to employees leaving Amazon grounds. Neighborhood yards in Birmingham, Homewood, Bessemer, and other nearby cities sprouted signs saying “Vote Yes” for the union. Flashing digital billboards along interstate 59 encouraged people to vote for or support the union. Television news reports kept the organizing campaign in the public’s minds. Television and radio ads promoted the union. A tsunami of federal, state, and local politicians showed union support both in person and via social media and statements made to the media.

The employee union votes will be counted on March 30, 2021, at the NLRB regional office. Union and Amazon representatives witness the count.

Win or Lose: Lessons to UnionProof By

Win or lose, the Amazon union vote to decide whether employees will be represented by the Retail, Wholesale, and Department Store Union (RWDSU) is a momentous occasion for many reasons. The Bessemer Amazon facility has around 6,000 employees, but they are just a tiny percentage of the total number of employees employed by Amazon. The company has approximately 1.2 million global workers, of which 600,000 are in the U.S. Only Walmart has more workers.

Amazon has come to represent companies that have managed to stay union-free, despite numerous efforts by unions, employee activists at various Amazon locations, and a host of alt-labor groups pushing for unionization. The company has held firm through walkouts at Amazon facilities in New York, Illinois, and Detroit; various protests and sickouts; and a union vote in a small Delaware warehouse. It has been publicly accused of lacking concern about human rights, making promises it doesn’t keep, refusing to give employees wage increases despite making billions in profits, and skimping on health and safety standards during the COVID-19 pandemic.

Through it all, Amazon’s management has been steadfast in explaining why it manages human resources the way it does and why it doesn’t support a unionized workforce. To date, employees have refused to vote in a union at any of the Amazon facilities.

Amazon's management has been steadfast in explaining why it manages human resources the way it does and why it doesn't support a unionized workforce. #amazon #unionvote Click To Tweet

There is speculation as to why this is so, and numerous employee online posts exist that give clues. Some like Amazon’s pay policy and benefits and know they can’t find jobs that pay more and provide them with health benefits upon hiring. Thousands of employees gave up low-paying jobs in various industries to join Amazon because they see a better future.

Others are pleased they have work that isn’t in the fast-food industry and don’t want to do anything to risk losing their Amazon jobs. Some employees say they fear retaliation by Amazon’s management should they show support for the union. They say their managers find a reason to fire them, i.e., violated company rules, can’t keep up with a grueling production schedule, won’t follow safety guidelines, etc. 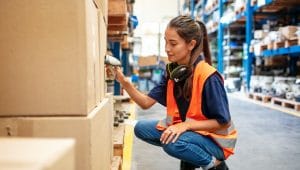 Changing the Narrative Around Union Votes

Now the Bessemer, Alabama union vote is changing the narrative. There should be no sighs of relief among your organization’s managers if the union doesn’t win the vote. The harsh reality is that losing the vote is likely to intensify unionizing efforts in other Amazon facilities located around the country. Even if the Bessemer facility does not unionize, this particular organizing effort will have a tangible impact on your ability to stay union-free.

As Kate Bronfenbrenner, Director of Labor Education Research at Cornell University, said about the organizing campaign at Amazon, “There are strikes and elections that become historical pivot points. This is one of them.” The Teamsters are already working to organize Amazon’s delivery operations, and construction unions are finding common cause with warehouse workers concerning workplace safety.

The alt-labor organizations are not labor unions by law but help workers organize without a union label and advocate for change in health and safety, compensation, employee training, working conditions, and anything else employees want to be addressed. They have a growing influence which means your company must have a preventive strategy that addresses union and alt-labor organizing possibilities.

In other words – and this is important – you’re no longer opposing just the legal labor union. The Amazon union organizing campaign in Bessemer has received help from:

The alt-labor groups have many of the same impacts as legal labor unions, and it’s crucial that you utilize the same union preventive strategy steps to keep them out of your business, i.e., developing strong positive employee relations, giving employees a voice, having an effective grievance procedure in place, etc.

At one time, you could be reasonably sure about what employees wanted. It usually involved issues like wage increases, compensation schedules, promotion policies, and grievance procedures. Union and employee demands are not nearly as predictable as they once were.

One of the major trends to note is that there are different types of union efforts today, as Ina Fried, Chief Technology Correspondent at Axios, points out. The traditional attempt involves employees asking for things like more wage increases. The more recent effort has workers, like tech workers, wanting a strong employee voice in things like the type of contracts or work their employer does. Notice the Make Amazon Pay list of demands includes Amazon ending contracting with fossil-fuel companies.

A number of employee unofficial organizing efforts today involve employees wanting their employers to exercise more social responsibility, like ending the production of greenhouse gasses, ending military contracts, increasing diversity hiring, and contributing to social justice and economic equity. The labor unions have taken note of and adopted the demands. 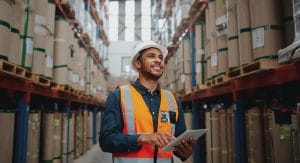 The Domino Effect is in Play Already

Opened in April 2020, the Amazon Bessemer facility has been operating for less than a year. In that short timeframe, the President of the Retail, Wholesale, and Department Store Union, Stuart Appelbaum, said he heard from the employees who were concerned about the risk of injuries, COVID-19 health and safety issues, the brutal pace of work, and the stress and strain of the job. Note that it didn’t take long for the union to get involved.

The union organizing campaign was started last summer. By November 2020, the NLRB was notified employees wanted to hold a vote. They got permission for the vote in December. Voting began in early February 2021, with the votes due to the NLRB regional office by March 29. Votes are tallied on March 30. A facility in operation for eleven months has now undergone a union vote. This indicates the efficiency with which labor unions operate and why your organization must have a strong preventive strategy in place at all times.

The domino effect is in progress already. Workers at other Amazon facilities are already looking for ways to unionize because they have become inspired by what is going on in Bessemer. Those who are pro-union will look at the Amazon loss as a chance to prove their spirit is invincible, and they’re in solitary in unionizing Amazon and not giving up the fight. Those who are pro-union will see an Amazon win as an opportunity to show that labor unions are still needed and being willing to fight hard will bring results. There is also a belief that this union effort in Bessemer will be a pivotal point for unionizing other tech companies in Silicon Valley like Google and forming more tech workers’ micro-unions.

Amazon Plans Regardless of the Union Vote Outcome

It’s believed that even if Amazon wins, the company will pursue a number of actions. They may include:

You can fight unionization. Law360 research found the percentage of elections won by unions went down by 10 percent during the pandemic. From June 1-September 11, 2021, the win rate was 65 percent. The average win rate for the three years before then was 72.96 percent.

The media hype and the reason so many politicians are so supportive of the RWDSU organizing campaign is because they know many Amazon employees are satisfied with their jobs. A number of current and past employees have publicly stated that Amazon is honest upfront during hiring about the physical requirements of the distribution center work. The alt-labor groups and politicians know prior unionizing efforts have failed for these types of reasons, so it’s in their favor to push employees to feel dissatisfied and abused by management.

Of course, the best strategy is to never have to deal with an organizing campaign that comes down to a union vote is implementing an effective preventive strategy. The preventive strategy focuses on developing leaders who are good at creating positive employee relations (PER), which includes strengthening employee engagement. A lot can be learned from the Bessemer experience as to what employees want.

Jennifer Bates, a “learning ambassador” who trains new workers at the Bessemer facility, summed it up: “Being heard.” The unionizing effort is not really about getting more money or more benefits. It’s mostly about employees wanting to feel empowered and participatory in management’s decision-making process. It’s about employee voice.

The union preventive strategy is a set of goals and objectives that develop positive employee relations. Using the Amazon experience to pinpoint some of the ways your managers can strengthen PER and prevent union organizing, the following steps are essential to success.

If you don't acknowledge and respond to problems, the unions will. Be prepared to act quickly to stay #unionfree. #unionavoidance #unionproof Click To Tweet 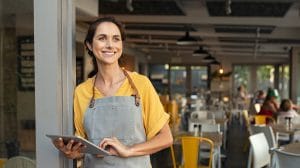 There are other ways to strengthen positive employee relations. This list of ideas only addresses some of the issues specific to the Amazon union vote organizing campaign. It’s a dynamic work environment today, making it increasingly more difficult for employers to stay ahead of the unions and alt-labor organizations.

Whether the Amazon union vote is a win or a loss in Bessemer, there’s no doubt the narrative on unions has changed. Don’t focus on the actual results. Focus on what can be learned from the Amazon experience and what it means for the future of your company in efforts to stay union-free.

Projections, Inc. recognizes how complex it has become to stay union-free strives to provide regularly updated critical information and state-of-the-art resources and tools you need to develop high-quality leadership, communicate with employees, and assess union vulnerabilities. UnionProof is dedicated to helping you develop a preventive strategy, and if a union organizing campaign starts, help you respond in a way that makes it more likely the union vote will fail. We are here to help you succeed in staying union-free.

Recognizing and Responding to Union Salting