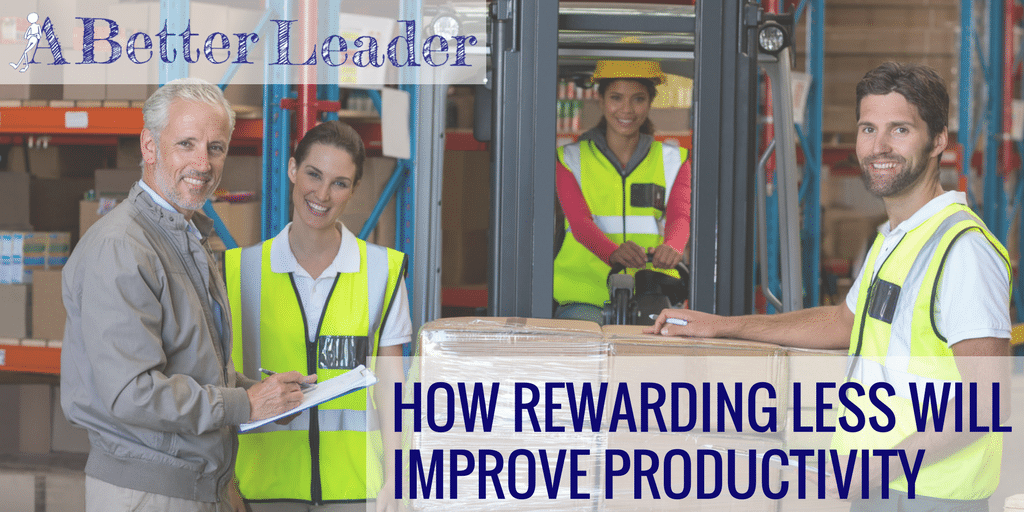 For decades, external rewards of many types have been used to motivate employees to achieve goals, but today, a more efficient method of driving performance is becoming popular at companies of all sizes.

The Foundation of Incentives

You’re likely familiar with these popular methods of external motivation – bonuses, pay raises, and “employee of the month” parking spaces and plaques. The practice became particularly popular after the release of Peter Drucker’s book, “The Practice of Management” in 1954, which promoted the concept of Management by Objective (or MBO). The principles of MBO remained very popular for over 50 years, but have recently gained many critics. The practice of setting goals and rewarding those who exceed those goals with monetary incentives has created tension between organizations and their employees. The method put executives in a position of setting goals that were impossible to surpass. In this way, MBO is demotivating and particularly dangerous in larger companies with multiple layers of leadership.

If a leader feels that a target is unachievable, their team will be highly unlikely to receive inspirational communication of the new incentives. Instead, the manager may inadvertently poison the team culture with negativity.

Leaders have noted that it’s also possible for a bad start to demotivate their team for the remainder of the goal’s time frame, even if they, themselves, can course-correct. Worse yet, even when goals are within reach, research has shown only nominal improvements in employees with stated incentives over employees with no additional monetary rewards. Harvard Business Review summed it up nicely, “the typical MBO effort perpetuates and intensifies hostility, resentment, and distrust between a manager and subordinates.”

With each passing decade, the motivations and values of employees have evolved. During the high point of MBO’s effectiveness in the 1980s, employees appreciated financial incentives. Today’s workers are more often concerned about their work having meaning and purpose. A job that provides learning opportunities and provides space to create and take risks is usually desirable over a position with a 10% increase in salary. To put it quite simply, employees today want to be a part of something larger than profits; they desire to play an essential role in a company that has a positive effect on the world; they want passion within their work.

As a leader, you can develop this passion in your team members, but only if you have it yourself first. It is vital that your company communicate its vision to improve the world, and that all leaders and executives within the organization become passionate about that possibility.

Fulfilling that kind of idea is only possible if you begin looking inside yourself to find an emotional pull towards the mission that has nothing to do with money. For some leaders, this is easy or even already complete. For others, this is the most crucial and challenging part of the process. As William Deresiewicz, former Yale professor and American writer, remarked to the plebe class at the U.S. Military Academy at West Point, “leadership is about the courage and discipline to think things through for ourselves and the moral courage to stand up for what we believe to be right.”

Being an Inspirational Leader

Once you have discovered and clarified this passion within yourself, it’s time to communicate it effectively to your team. As with all change, the method, and the manner in which you share it can make or break the outcome. In “Leading Out Loud” by Terry Pearce, the author suggests that leaders should emotionally connect the change they’re communicating with the values of their team. In other words, know your audience and show them how this change meets their needs. If you can succeed in communicating this way, you can dramatically improve your chances of inspiring your team and achieving improved team performance.